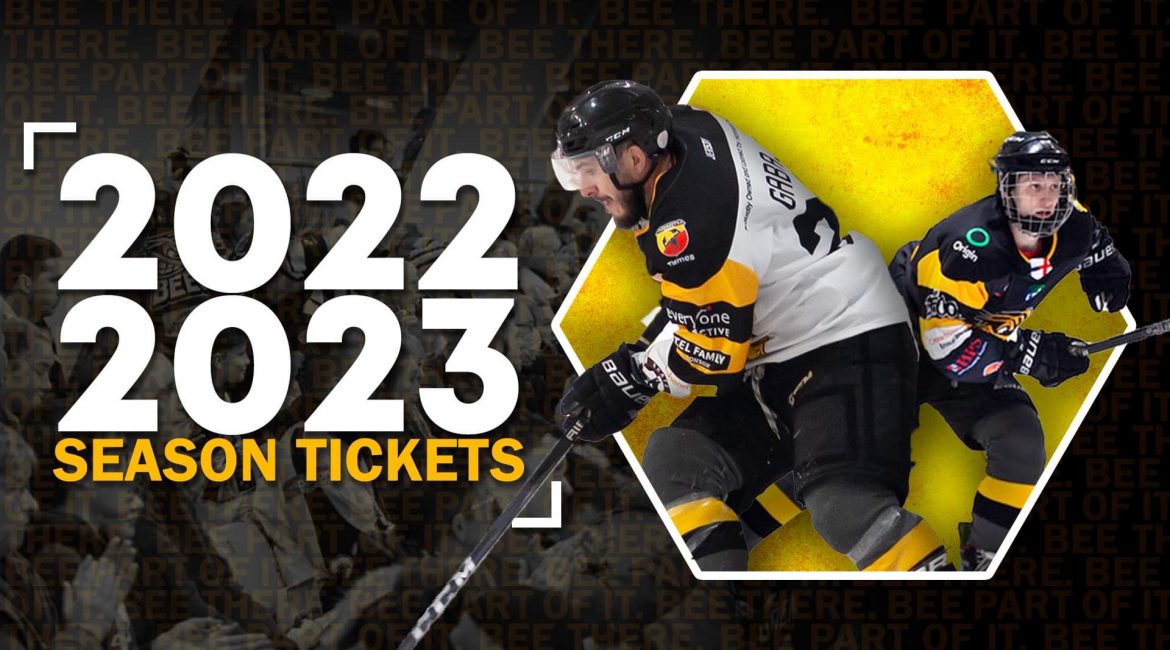 As the curtain has come down on the 2021/22 season, work has already started on preparations for the upcoming 2022/23 season.

At this time of year, we would start to offer season tickets for next season, but the league structure and fixtures are yet to be fully finalised. We anticipate a 56 league / cup game season (28 home games) without pre-season and playoffs and as soon as this is confirmed, full details of season tickets will be released.

However, we recognise that many people may want to start preparing and planning for next season themselves.

In recognition of this, the TSI World Bees IHC, are offering a pre-payment / savings plan for all Bees Supporters. Please note that there is no additional charge to “spread the cost”

How does it work:

2. Request your seat allocation for the season. We will do our best to meet all requests

3. There is no additional charge to spread the cost in this way.

4. At the end of August, you can choose to apply your balance to :

a. Season Ticket(s) – you will be able to select your season ticket seat as soon as they are released. You will get all the Season Ticket holder benefits, just pay the balance in September

b. Multi Game Pass(es) – We can issue you with multi game passes that allow you to book individual games at a discount. You will not be able to reserve a seat for the whole season and you will need to book each game individually as they become available. You will not receive any of the Season Ticket holder benefits

1. At present we anticipate that the Season Ticket will be for 28 home games and will be priced as shown below. We will confirm these prices as soon as the league structure is confirmed:

2. Pre-book your seat(s) for the entire season

3. Signed Photo with your favourite player

4. 10% of merchandise from the Supporters Club

5. Each season ticket holder will be in a draw for 1 of 4 match nights Man of the Match presentations

6. Season Ticket holders will be placed in a draw for a “Match Night Experience” which will include being part of the pre-game setup, working with the equipment manager and joining the off-ice officials during the game

8. Early Bird priority on sale of limited edition jerseys (such as Halloween and Christmas)

9. Early Bird priority on season own and loan jerseys