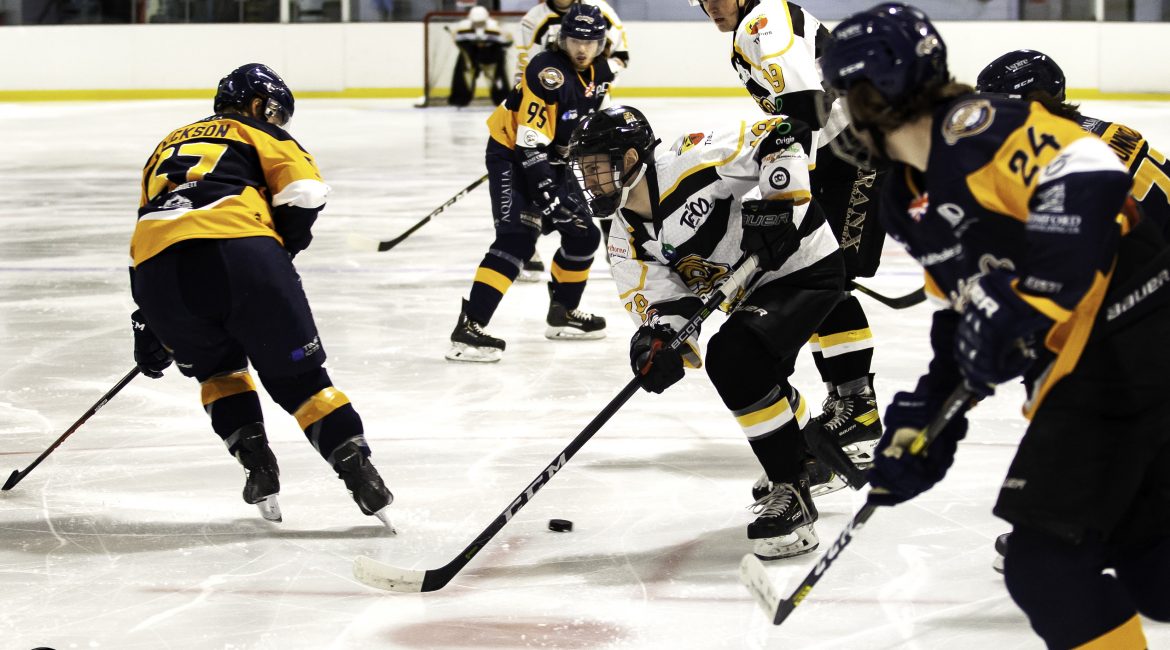 This week I had the opportunity to catch up with Bees Forward Ryan Webb and ask him how he felt about the previous games against the Leeds Knights and MK Lightning and how he is feeling going into this weekend’s games against the Sheffield Steeldogs.

“The weekend was tough, we played against a very good Leeds team, they have a young talented squad that move the puck very well and again on Sunday we faced another tough team, which was made even harder after conceding so early into the game but i thought we showed great character both games by stepping it up in the third period. We just need to continue that for the full three periods. Personally, I was proud to be voted the Bees Fans player of the weekend. I would have liked to have chipped in with a goal to help the team but I try my best to give as much energy as I can every shift of every game.”

FN:” What are some of the positives you can take out of the past weekend’s games?”

“One of the positives would be our penalty killing, especially on Sunday. We shut MK’s powerplay down with our new penalty killing system that we have been working on in training, which is great to see that our hard work is paying off.”

FN:” What are the things you may and the team may need to work on ahead of the weekend?”

“I think we need to focus on playing for the full 60 minutes. We need to maintain the high intensity style that we play with throughout the game to outwork teams, especially Sheffield on the big ice. The work starts with working hard in training this week.”

FN:” How are you feeling going into this weekend’s fixtures against the Steeldogs?”

“I’m looking forward to it, I enjoy playing on the big ice at Sheffield and we were unlucky at home against the Steeldogs when we played them in the cup. I felt like we outplayed them and didn’t give them time to move the puck how they usually do so i am confident that we will do well this weekend,”

FN:” How do you feel the move from Bracknell to Slough went for you personally?”

“It has been a hard transition, we all really miss the Hive, it was like a second home for us. Slough is a smaller ice pad so the hockey style is slightly different with less space, but i think we have adapted well and it’s good to see our fans filling up the rink each week as we really missed them during the Spring Cup!”

FN:” Do you have a message for the Bee Army?”

“Thank you for your support each week, times have been hard with Covid and not having you all around the rink but we are so grateful to have you back! We appreciate you all so thank you! Let’s keep the energy and buzz around the rink going because I am confident this is going to be a great season!”

On Sunday the Bees are at home playing against the Sheffield Steeldogs, why not come see Ryan and the Bees in action?

Hope to see you all there loud and proud!