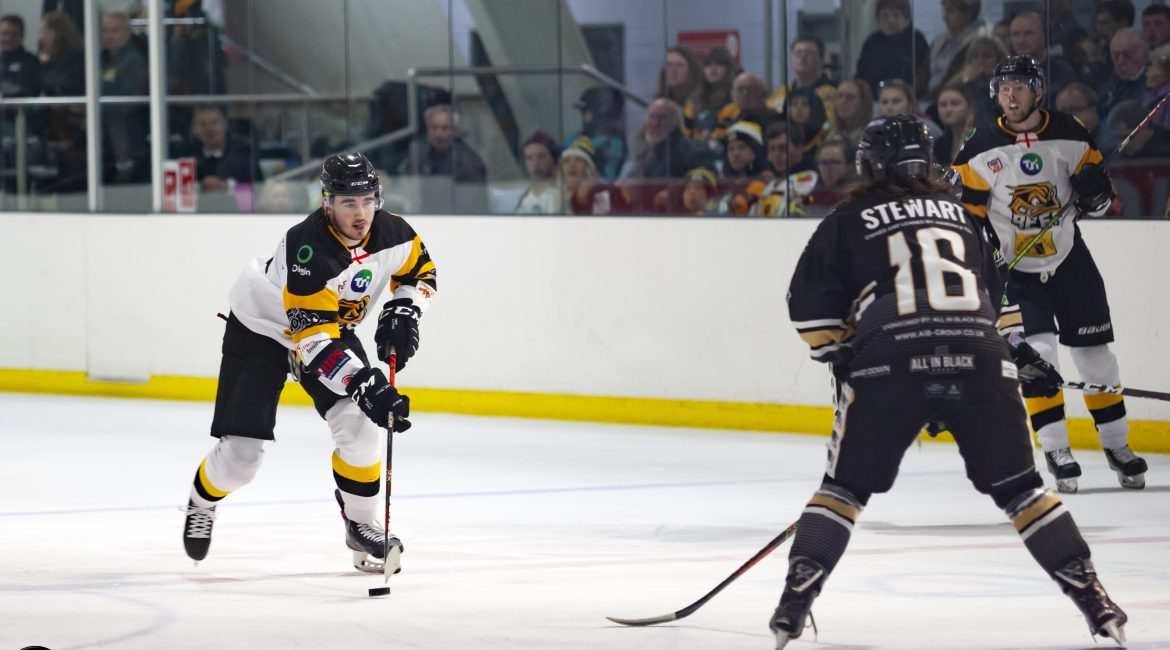 This week I had the chance to catch up with Forward Mikey Power after the eventful weekend in our games against the Basingstoke Bison on the Saturday and Swindon Wildcats. I had the chance to see how he felt the weekend went, what are some of the things that maybe needs to be improved on and how it’s been joining the Bees so far.

“Personally I feel I could have done better to help the team win. The team was very disappointed losing to two local rivals. We were poor on Saturday against Basingstoke with too many individual mistakes, which we will look to improve on in training this week.”

FN: “What are some of the positives you and the team can take out of the weekends games?”

“Scoring 6 goals in any game is always a positive so that was good. We had a good late push against Basingstoke in the last 5 minutes scoring two goals.”

FN: “What maybe needs to be improved on for our upcoming double header against MK Lightning?”

“I think we definitely need to improve defensively, we didn’t help our goalies very much this weekend, that’s something we will work on this week.”

FN: “How are last weekend’s experiences going to help you and the team going into this weekend’s games?”

“We are going to learn from our mistakes and take a positive and aggressive mindset against a team that could be short benched again this weekend.”

“I am feeling positive, I think we will put in better performances than last weekend.“

“Yeah it was great to get a team back in the UK after playing in America for 3 years.  After I spoke to Doug in the summer I liked the direction the team was going in and then I skated with the team I felt like it would be a great fit. I felt part of the team straight away, everyone was so welcoming.”

FN: “How was it joining the Bees and how do you feel it’s going for you so far?”

“It’s been great for me so far. I really like all of the players. We all get on well and are a close group. I feel welcomed by all of the fans and everyone around the team.”

“Thank you for all the continued support you give us each week. It really motivates us, hopefully we can get a lot more wins for you guys.”

Stay loud and proud Beearmy as always and safe travels to all travelling to Milton Keynes this weekend. Hope to see you all there on Sunday.