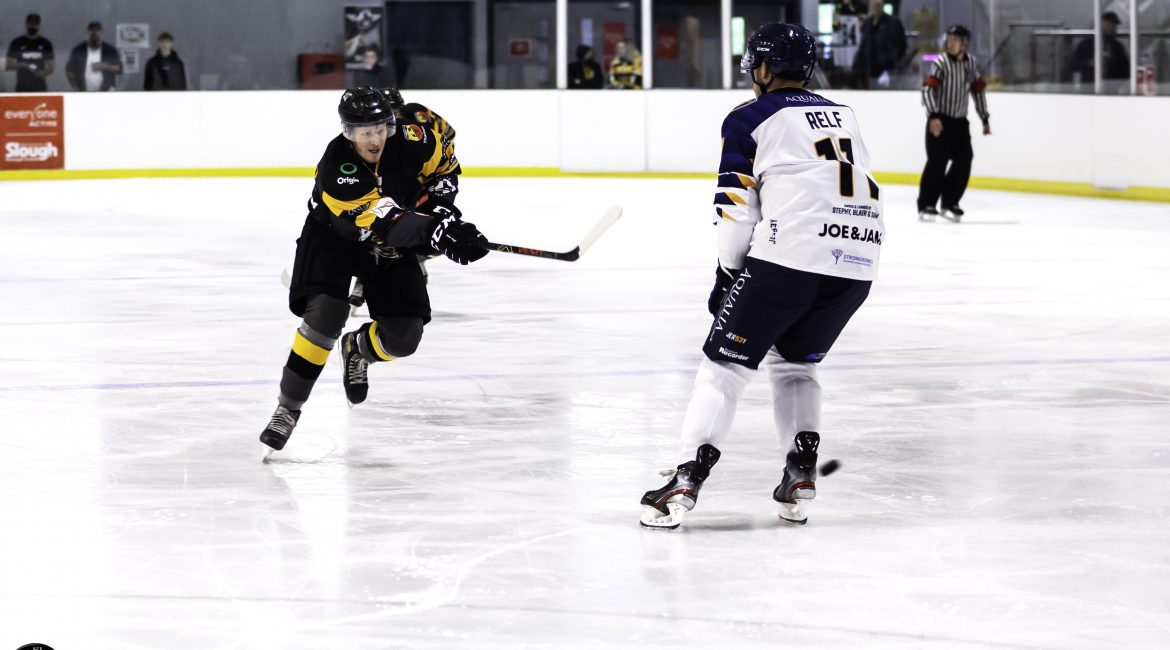 This week I had the chance to catch up with Forward Will Stead as he got back into the lineup after an injury. I had the opportunity to ask him how it felt being back in the lineup, how he felt the weekend went and how he’s feeling about the upcoming fixtures.

How do you feel the weekend went for you personally and the team?

“For me personally it was good to get back on the ice after 4 weeks out and help the boys to a 4 point weekend. For the team I feel like it was important to build on our win last weekend to get a streak going and we did just that.”

What was the feeling like around the team after getting that 4 point weekend and getting that massive win against Leeds on Sunday?

“Everyone was buzzing after a 4 point weekend but we are now focused on carrying this form into this weekend and grabbing another 4 points.”

How are the experiences from last weekend’s games going to help you and the team for our upcoming fixtures against the Basingstoke Bison and Swindon Wildcats?

“I think we got a lot of confidence as a team right after the weekend. We all know if we play to our strengths like we did on the weekend, we are capable of beating any team in this league.”

What was it like being able to get back into the line up after being injured?

“Yeah it’s a great feeling to be back on the ice, I don’t think anyone enjoys watching from the stands but injuries happen sometimes and you just have to be patient.”

How are you feeling going into this weekend’s games?

“Positive for sure, it’s not gonna be an easy weekend though as Basingstoke and Swindon are both good teams.”

Do you have a message for the Bee Army?

“It will be good to see you all there Sunday and thanks for the continued support.”

This weekend is a double derby weekend for the Bees as we take on the Basingstoke Bison away in Basingstoke on Saturday then the Bees return to the Slough Ice Arena to take on the Swindon Wildcats on Sunday.

Why not come on down to the Slough Ice Arena on Sunday to support the Bees? Also while you’re there see Will Stead take to the ice again for what the Beearmy know will be a very intense game!

Hope to see you all there loud and proud supporting our Bees on Sunday and safe travels to those going to Basingstoke on Saturday.