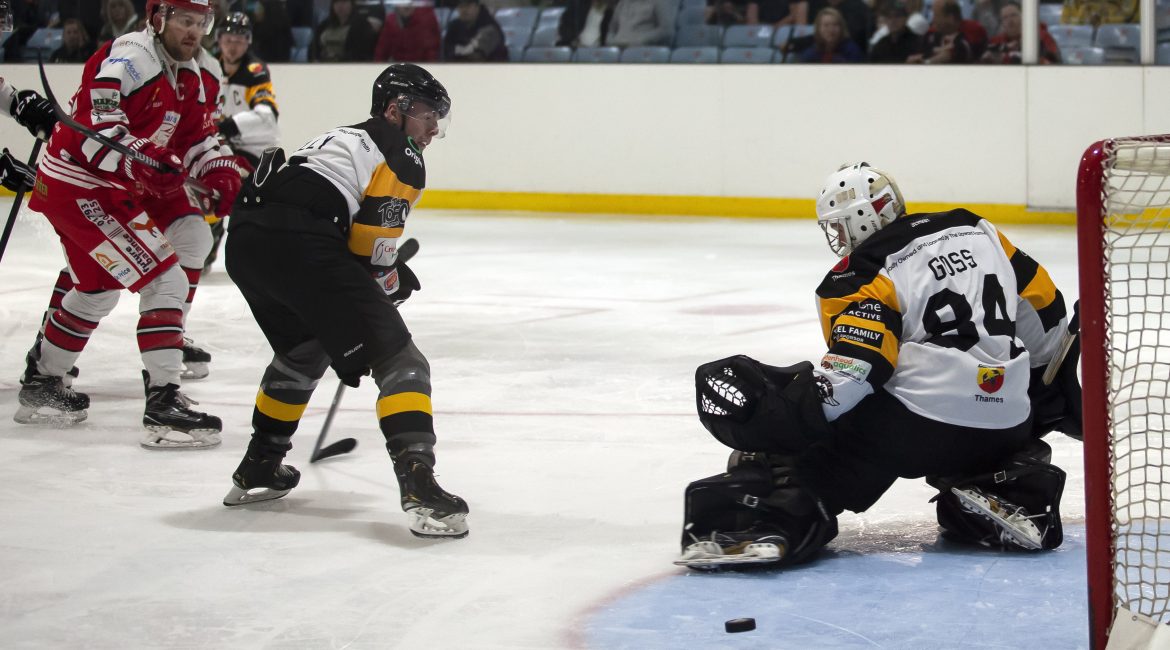 This week I had the opportunity to catch up with defence man Josh Kelly to see how he felt the previous weekend’s games went and how he is feeling going into the upcoming fixtures with the League about to start.

FN:”How do you feel the weekend went for the team?”

“Unfortunate to fall just short away in Telford after battling hard, then coming up against the Bison we knew we had to set the tone early and it paid off!”

FN:”What are the positives you can take out of the weekend?”

“The attitude in the room has been second to none and we’re all starting to buy in. We’ve been down a few bodies but we’ve not let it define us as we’ve fought for every game.”

FN:”How did it feel going into Saturday’s game knowing you were going up against you friend Deakan Fielder?”

“For me it was just another game, it was nice to play against him but that didn’t take away from the job I needed to do.”

FN:”How did it feel to get that win against the Basingstoke Bison on Sunday?”

“It’s always hard coming up against your old team, I knew I had to keep it simple and battle hard and it felt good to come away with the win.”

FN:”What are some of the things that may need to be improved on for the upcoming fixtures?”

FN:”How are you feeling going into the upcoming fixtures and knowing the league is about to start?”

“I’m excited, there’s a lot of potential in the room and I believe it’s going to be a fun season!”

FN:” Do you have a message for the Beearmy/ fans?”

“Thanks for the support so far, the noise from the fans always gives you that extra boost!”

Why not come down to the Slough Ice Arena on Sunday to see Josh in action? You won’t want to miss the first home league fixture now would you?

Find your tickets on the Bees website. Hope to see you all there loud and proud Beearmy, it is going to be a good one!