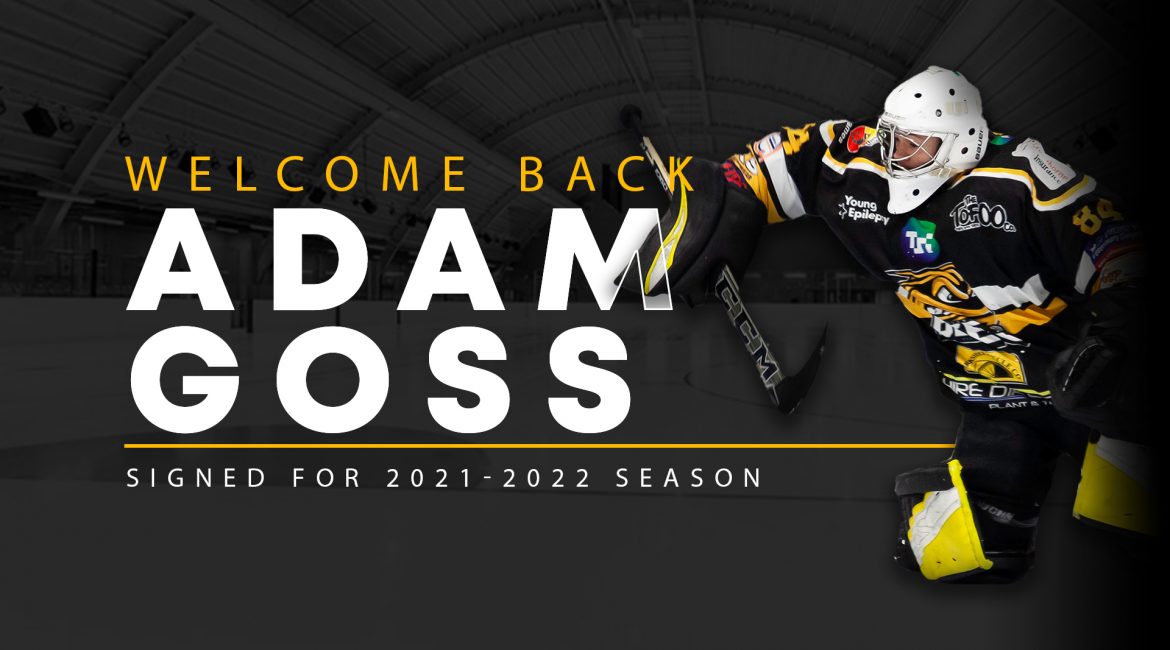 Goaltender Adam Goss becomes the latest player to have inked a deal with TSI World Bees Head Coach which sees him return for this third season.

The 26 year old was born in Derby and learned his hockey in Coventry representing every age junior age group. He also played for Coventry Blaze in 2011/12 and 2012/13.

Returning to the UK in the summer of 2018 he signed for Milton Keynes Lightning in their final Elite league season and adding a summer stint with the Canterbury Red Devils in New Zealand.

He signed to the Bees in the summer of 2019 and set about establishing himself as a starting goaltender in senior hockey. His first season between the pipes in black, white and gold was interrupted by injury but he returned to find his best form of the season in the run-in before the Coronavirus pandemic brought the season to a premature close.

Bees Head Coach Doug Sheppard spoke having secured Goss’ services once again; “Once Gossy settled into the role of a starting goalie he was as good as anyone in the league. It seems such a long time ago but he was in top form from February 2019 right up to the pandemic. We feel Gossy is only going to get better as he’s still learning the mental grind it takes to be an every day starting goaltender.”