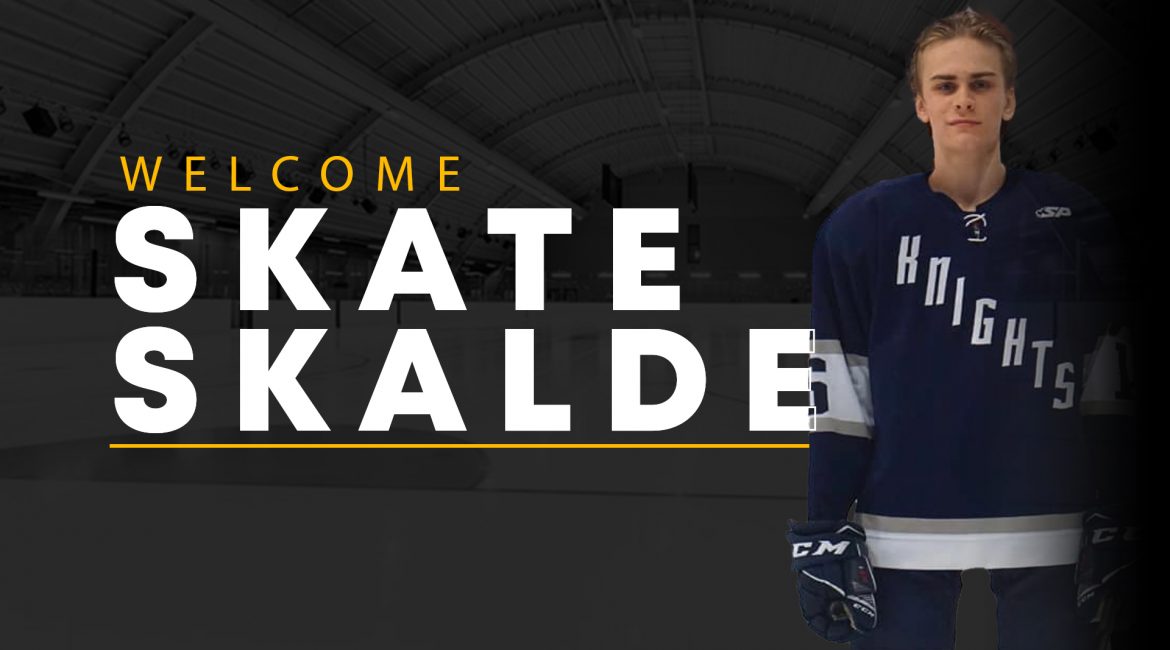 Head Coach of the TSI World Bees, Doug Sheppard, has some exciting team news ahead of the weekend’s double with the Sheffield Steeldogs.

Following a run of injury news the Bees are excited to be able to announce the addition to the roster of 18 year old Skate Skalde. The Canadian national was born in Orlando USA and putting pen to paper with the Bees will be his first club outside America.

Forward Skate is already in the country and has been training with the Elite League’s Cardiff Devils so is an ideal addition to the Bees squad.

Like most of the world, Skate’s progression was interrupted by the pandemic but in his last full season, 19/20 he played United States High School Prep representing Wyoming Seminary Prep and returned 14+9 from 20 games as well as finishing his under 16 training.

He’s an exciting, young, raw talent with plenty of potential that Doug Sheppard will be looking to work with starting from tomorrow when we play in Sheffield. Skating with and training with the Devils, he’ll already be in good shape and with his registration now complete he’ll be slotting straight into the Bees roster in place of the injured Niklas ¬¬Örnmarker.

Doug Sheppard spoke on his latest addition to the roster; “Skate was hoping to have an opportunity in the OHL but, due to Covid, this wasn’t able to happen. He was already in the country, training with Devils, and with his family residing in the UK and our bad luck with injuries this is a perfect opportunity for both parties.

“There’s no question Skate’s going to bring us lots of energy, a good work rate and a great attitude and we look forward to him joining us this weekend.”

Skate stands at 6’1 and weighs 154lbs. He shoots right-handed.