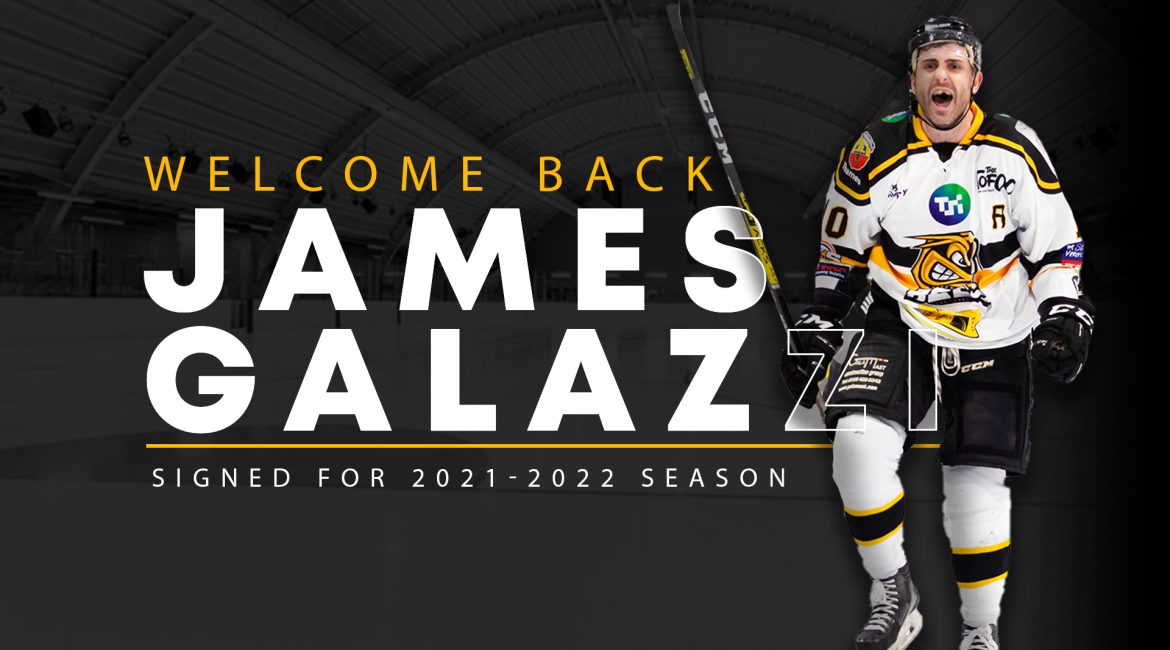 Head Coach of the TSI World Bees Doug Sheppard continues building his team for 2021/22 with the signing of a player that’s Bees through and through as James Galazzi returns for his 12th season.

The ever-popular forward was originally signed up to the Bees roster for 20/21 before the season became condensed to the Spring Cup series. Once again James’ testimonial had to be postponed for a second season also.

James was born in Canada, and his first senior appearance came 16 years ago for the Bracknell Hornets. He was also called up to the Elite League and made a single appearance for the Basingstoke Bison.

James would go on to establish himself as Bracknell through and through. After 5 Bees games in 2006/07 he would have to wait three more seasons to begin the continuous journey with the Bees he’s now known for.

As well as returning decent numbers James quickly established himself as a player who would do whatever was asked of him for the good of the team earning a sizeable penalty minute collection to go with his points tally.

When Doug Sheppard joined the Bees he moved to retain James and his role changed within the team focussing more on the playing side of his game. James responded well, meaning he’s been on the Coach’s re-sign list every summer.

On hitting his 10th season in 2019/20 James was awarded a testimonial but the season started with bad luck as injury saw him miss a sizeable chunk of the first half of the season before Coronavirus saw the season curtailed early and put the testimonial on pause.

With 20/21 looking likely to go ahead Doug re-signed James to the Bees and plans were being made to host the postponed testimonial but it then became clear the season would not go ahead as planned. James however answered the call and played all 12 Spring Cup games for the Bees in their new home rink in Slough and with his appetite for the game still as sharp as ever, he was ready to commit to the Bees for the 21/22 season.

Doug Sheppard spoke of his latest signing; “Gazza brings a wealth of experience to the Bees, he is a great leader and a team first guy. His passion and physical style of play has made him a fan favourite over the years.”