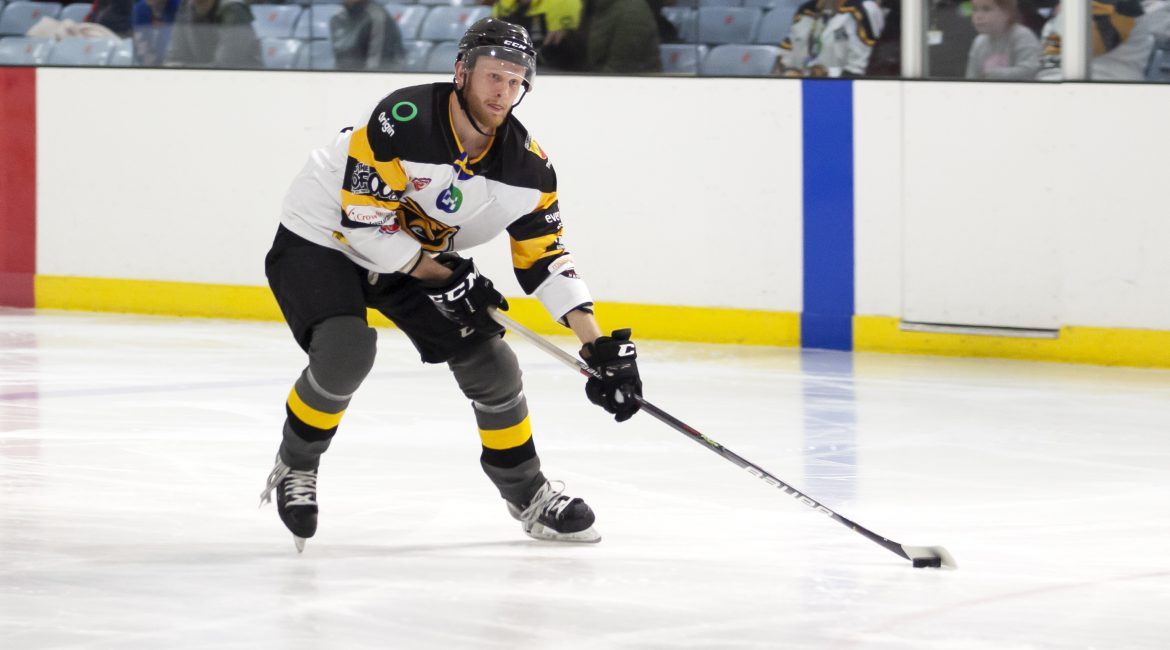 This week after we got the 2 points from the weekend I had the opportunity to catch up with Forward Niklas Örnmarker about who he felt the weekend went and how he is feeling going into a one game weekend against the Leeds Knights. I also had the chance to ask him how it’s been for him playing in the UK.

“I think we had a really strong game on Saturday where we was playing the game we should. We were 0-2 down but we had the confidence and strength in our team to not get down and keep playing our game which then turned the game around and did a really strong third period to hold them off and win the game. On the Sunday game we knew that they were going to come out strong and physical and we fought back alright. We did lose the game in the second period where we didn’t play the way that we were supposed to play and did put too much focus on the referees. We came back stronger in the last period but we had put ourselves in a bad position to win the game. We need to keep playing the same way for 60 minutes and not get lost on things we can’t change, like the other team or referees and the results will come, I am sure. Personally I feel like it’s getting better and better. The line that I am playing on is coming to more chances every game that we are playing, we just need to take care of the chances we get to help the team win.”

FN: “What are some of the things that maybe need to be worked on for the upcoming game this weekend against the Leeds Knights to secure some more points?”

“Make fewer mistakes. The team that makes the fewest mistakes are the one team that has the biggest chance to win the game. Mistakes are always going to happen, for the other teams too, so if we could minimize our mistakes and take care of their mistakes that will for sure secure more points.”

FN: “What was it like in the changing room on Saturday after we got that win and points against Telford?”

“It was a good feeling. We had been on a losing streak so obviously it was really nice to break that one. We had played our game almost the whole match and we were really happy it got us points at the end because the week before we did play well and deserved more than 0 points so it felt great winning again.”

FN: “How are you feeling going into this weekend’s fixture against the Leeds Knights?”

“I have a good feeling about this weekend. It is only one game and it is on Sunday against Leeds at home. We had a great game against them last time we played them and i think we deserved more. That game was at their place and this time we are playing at our home arena. We know that we are strong and can beat every team if we play the game we said we are going to. But first we’re gonna have a training week and sharpen some things to be ready to get 2 points on Sunday.”

FN: “How has it felt coming over to the UK for the first time to play in your career?”

“It has been great. It is different from playing in Sweden but I have enjoyed it very much so far and we got the whole season ahead of us so I am very excited! Everyone around the club has welcomed me with open arms so I am very happy here.”

FN: “Do you have a message for the fans?”

“We appreciate all of you and we really feel the support you give us when we are on the ice, both on home and away games, it’s just really great. Keep coming to the games and we will have a really fun season together!”

This weekend the Bees take on the Leeds Knights in Slough at the Slough Ice Arena on Sunday, which will be our only game this weekend. Why not make the trip down to Slough it’s going to be a great day!

Hope to see you all there loud and proud Beearmy