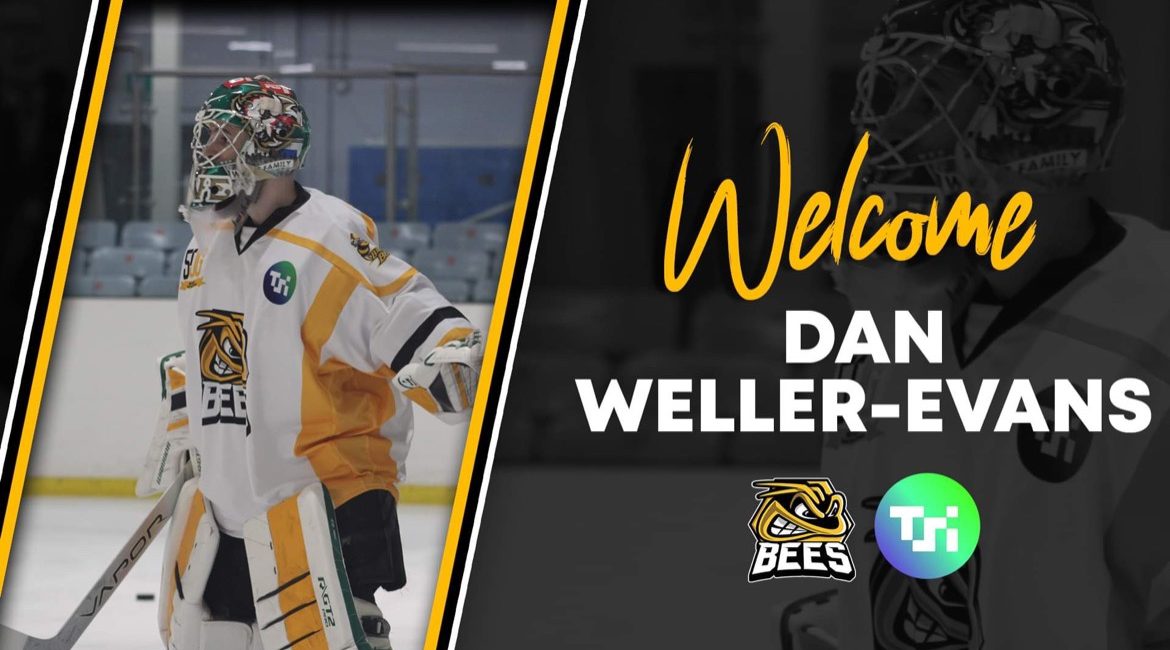 As Coach Sheppard continues to build the squad for the new season, attention has turned to our netminder duo. The TSI World Bees Ice Hockey Club are thrilled to confirm that Dan Weller-Evans has signed with the the team for the 2022-2023 season.

Dan joined the team on a loan basis from the Basingstoke Bison late last season. Doug was thrilled with how he settled in, “Dan had a real positive influence on our group when he joined the Bees late last season. He understands his role on the team and will be pushing to start as many games as possible, Dan is a great teammate that will also support his goalie partner.“

Weller-Evans spent most of his hockey career within the Basingstoke system, bar a brief spell on the Isle of Wight with the Wightlink Raiders and the Wightlink Tigers. However he is relishing the opportunity of being with a new team, “I am really excited to join the Bees for my first full season with the club. When I joined, on loan in February, it didn’t take long for me to realize that we had a fantastic group of people both on and off the ice. I felt settled straight away. I’m looking forward to helping the team as much as I can as we look to build on such a positive finish to last season. Of course, it goes without saying, I can’t wait to be back in front of the Bees fans. You made the change so easy and comfortable. Have a great summer and I will see you soon!”