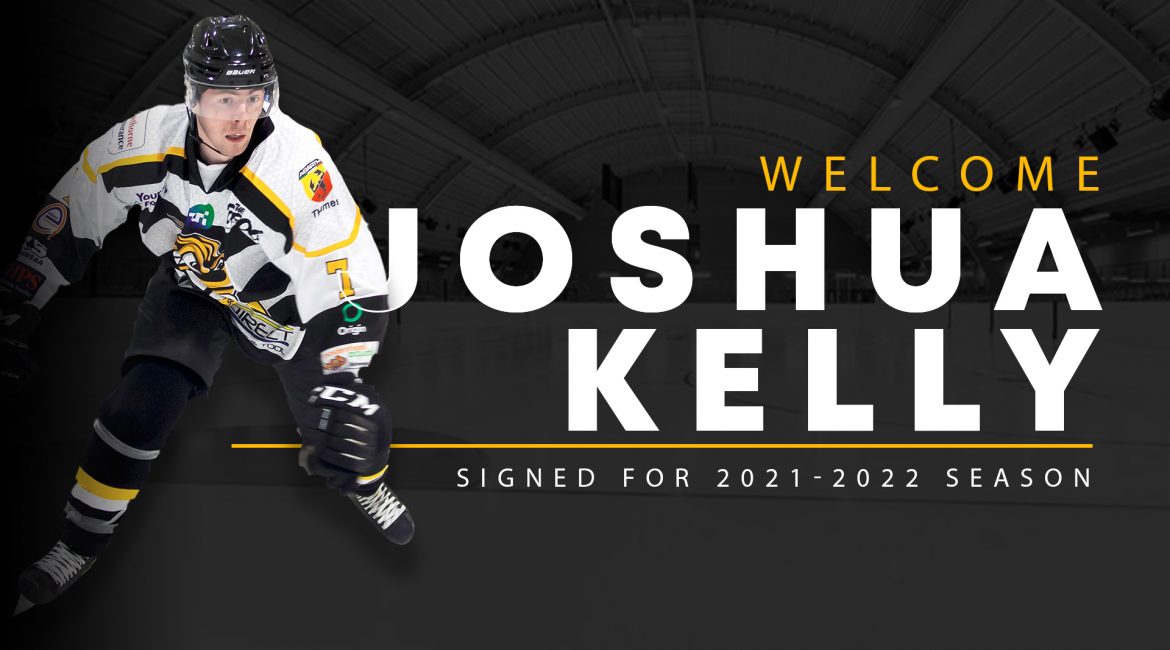 Head Coach of the TSI World Bees Ice Hockey Club, Doug Sheppard, today confirms the signing of British born Joshua Kelly for the 2021/22 season. Josh’s name will be no surprise to those who followed the Bees through the Spring Cup as he made his first appearance in the black, white and gold in the streaming series.

The 21-year-old Basingstoke born defenceman represented Guildford through Under 16, Under 18 and Under 20 before joining the Okanagan Hockey Academy Under 18 in 2016/17 where he also made his senior league debut representing Swindon Wildcats in NIHL2 and scoring once in his 6 appearances.

Throughout his junior career, Josh had proven not only his defensive abilities but also a keen eye for offence and so, in his final season of UK junior hockey, he finished with 6+5 from 20 games for Okanagan Hockey Academy UK. He also played 11 games for Swindon’s NIHL2 team and 2 for the NIHL1 team.

In 2018/19 he played five times for IFK Österåker J20 in Sweden as well as making his debut for the Basingstoke Bison. Despite not registering a point he proved his worth to the team as an alert defenceman and fierce player earning him a recall for the following season. He scored a goal and 6 assists in the 19/20 season for the Bison.

With the Spring Cup streaming series announced for NIHL National clubs, Doug Sheppard moved to bring Josh Kelly to the Bees and he played in all twelve fixtures r ecording 2+1. He was one of the players that Doug wanted to retain at the club for the return to a full league season following his impressive performances.

Head Coach Doug Sheppard explained; “Josh is a big strong physical Dman that skates very well. We got to see a small sample of his potential in the Spring Cup. Josh is a young eager kid that is only going to improve his game, he’s going to be a big part of our D core next season.”