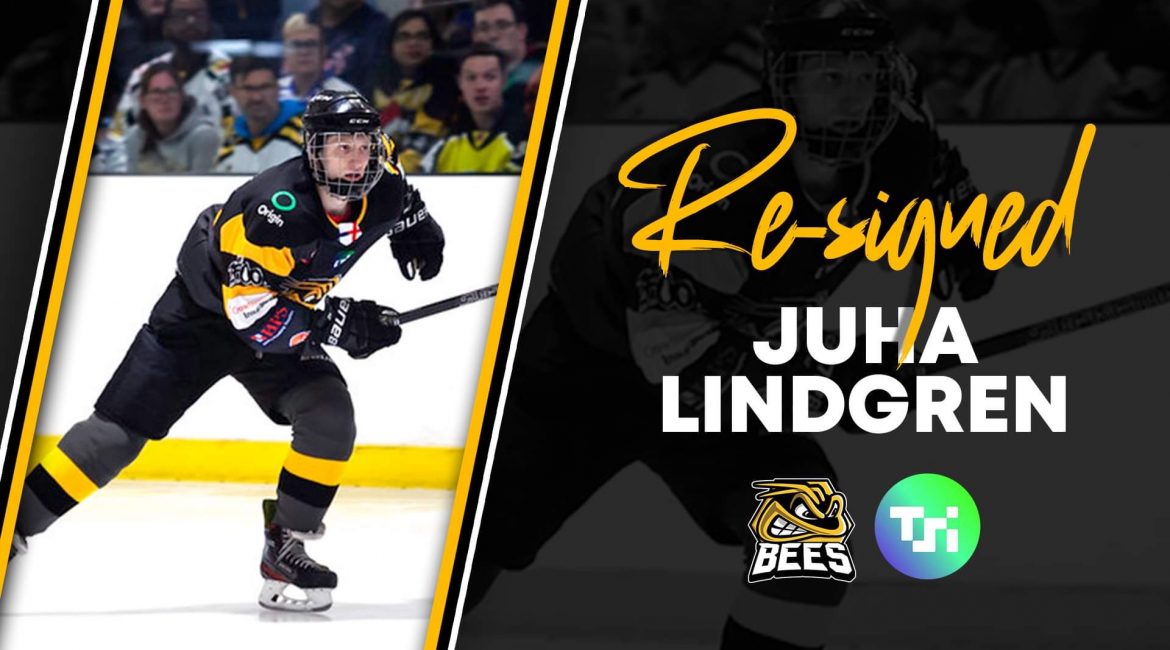 The TSI World Bees Ice Hockey Club are thrilled to confirm that, alongside Adam Rosbottom, Juha Lindgren will be returning in the Black, White and Gold for the 2022-2023 season. Head Coach Doug Sheppard has been impressed by the youngster, “Juha has had a great first season at this level with the Bees. He’s a GB under 20 player as well and is only going to get better with time. He has a great attitude and we are lucky to have him back icing with the Bees in the new season.”

Lindgren mastered his hockey at Slough Ice Arena, working his way through the Jets Junior programme before icing for the senior Slough teams. In his first season in the third tier of UK ice hockey he impressed with 8+12 coming from 25 appearances. Juha was also selected for Great Britain Under 18s in 2020 but the tournament was cancelled due to the ongoing impact of the Pandemic. He then went on to make his Bees debut in the NIHL Spring Cup, early 2021.

In his first full season with the Bees, Juha has scored 22 goals, with 14 assists, totalling 36 points and he has been pleased with the season so far, “I have enjoyed the past season with this great group of players and I feel that we are playing some of our best hockey at the moment. Saying that I’m excited for the next season and hope that we can continue to improve on our current form.”

Juha’s jersey will be available to own and loan, when we launch our own and loan scheme during the summer.