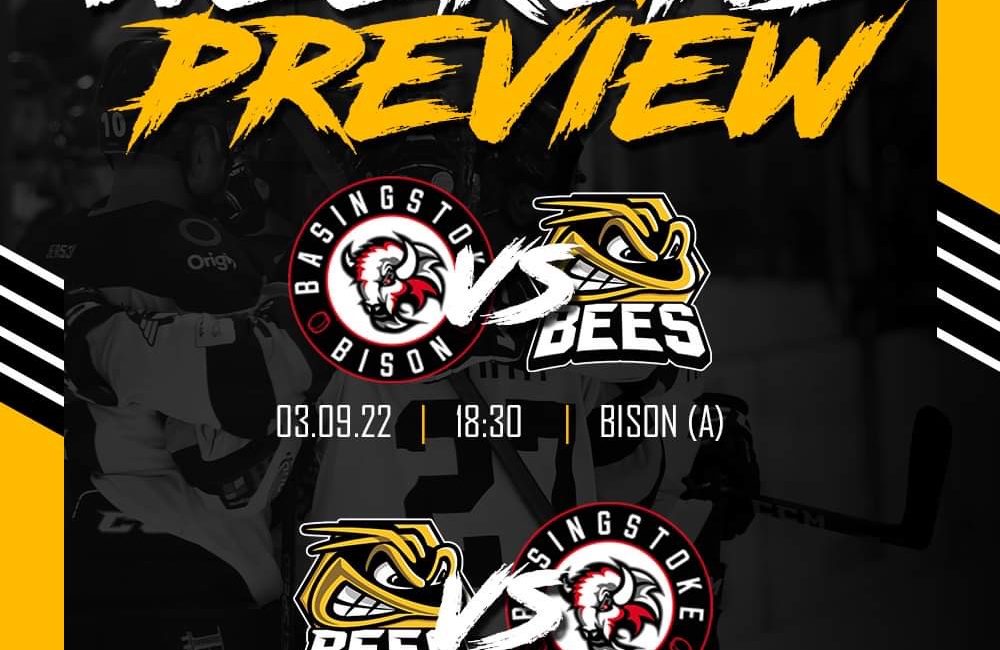 The TSI World Bees take to the ice for the first time since April to start their 2022/23 campaign as they take on local rivals the Basingstoke Bison in a doubleheader pre-season game weekend.

Over the offseason, Basingstoke has made many changes to their roster with players. Edgars Landsberg making the move from MK Lightning and Josh Kelly, leaving the Bees, to pull on a Bison jersey yet again. However, a massive loss to the previous roster for the Bison is the departure of top point scorer Alex Roberts. He has chosen to move to the Bristol Pitbulls for the upcoming season.

A key player to watch for the Bison this weekend will be Zack Milton, who is no stranger to the Bee Army. Zack last iced for the Bees during the NIHL Spring Cup and in the 2019/20 season gathered a total of 39 Points and 77 Penalty Minutes. Jordan Lawday between the pips for the Bison may create a problem for the Bees as last season he recorded a .887% save percentage proving himself to be a key addition to the Bison roster in many games.

From last season’s meetings, between the Bison and Bees, Juha Lindgren, Dominik Gabaj and Josh Smith stepped up to be the Bees’ top point scorers against Basingstoke. For the Bison Aidan Doughty and Zack Milton produced the most points against the Bees for the Bison.

Tickets are available here for Sunday’s game against the Basingstoke Bison on the website, make sure to get your tickets as the boys are back in town at the Slough Ice Arena for a game you will not want to miss!