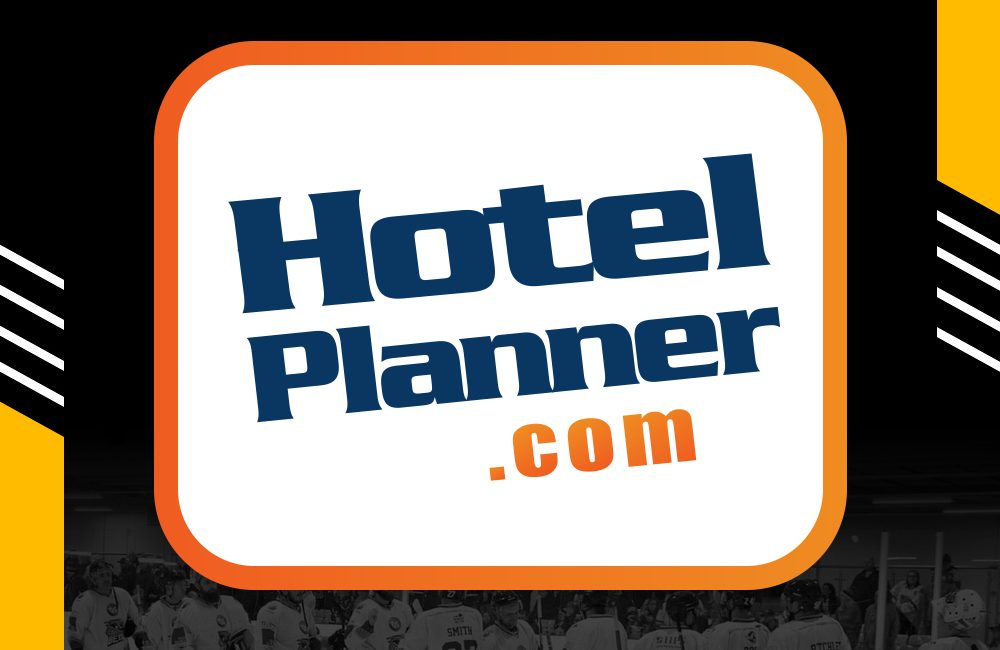 LONDON, November 16, 2022 – HotelPlanner, a global travel technology platform and hotel booking engine, today announced a platinum sponsorship agreement with U.K. Bees Hockey Club. The sponsorship includes HotelPlanner logos on all player uniforms, co-marketing efforts on social media and at live games, as well as hotel vouchers for players to give to fans.

“As a top hotel booking platform for sports leagues and teams across the globe, we’re proud to sponsor the Bees Hockey Club this season, says Tim Hentschel, Co-founder & Chief Executive Officer, HotelPlanner, who run the company’s European operations in London. “This is our first ice hockey team sponsorship. So this is very exciting.” “We’re honoured to partner with HotelPlanner as our first hospitality industry sponsor,” says Graeme Bower, Director, TSI World Bees IHC. “We hope our players, fans, and their families take advantage of HotelPlanner’s discount rates on 1 million hotels globally, as well as their group travel expertise.”

The TSI World Bees are a UK ice hockey team playing out of Slough, Berkshire. The Bees play in the NIHL National division, the second tier of British ice hockey.

Formed in 1987 by John Nike as the Bracknell Bees, the Bees spent the first 33 years of their existence in Bracknell, the town in which they were name after, playing out of the John Nike Leisuresport Complex. Over the course of those years, they achieved many accomplishments, including cup honours in the British National League (BNL) Winter and English Premier Ice Hockey League (EPIHL) cup competitions; English League, BNL and EPIHL league championships; EPIHL playoff champions and, most notably, Superleague champions in what was the UK’s first fully professional league.

In 2020, with covid forcing many business and leisure facilities to close, John Nike Leisuresport Complex announced it’s permanent closure. The Bees were quick to act to secure it’s future by agreeing to play out of Slough Ice Arena – a rename to Bees Ice Hockey was also announced as the team departed the town of Bracknell. With TSI World Ltd as title sponsor, they are currently the TSI World Bees ice hockey club.

The Bees generally play home games on a Sunday evening, with some Saturday and midweek home games. The NIHL National League normally sees their teams playing twice over the course of a weekend – usually as a one home and one away game weekend.