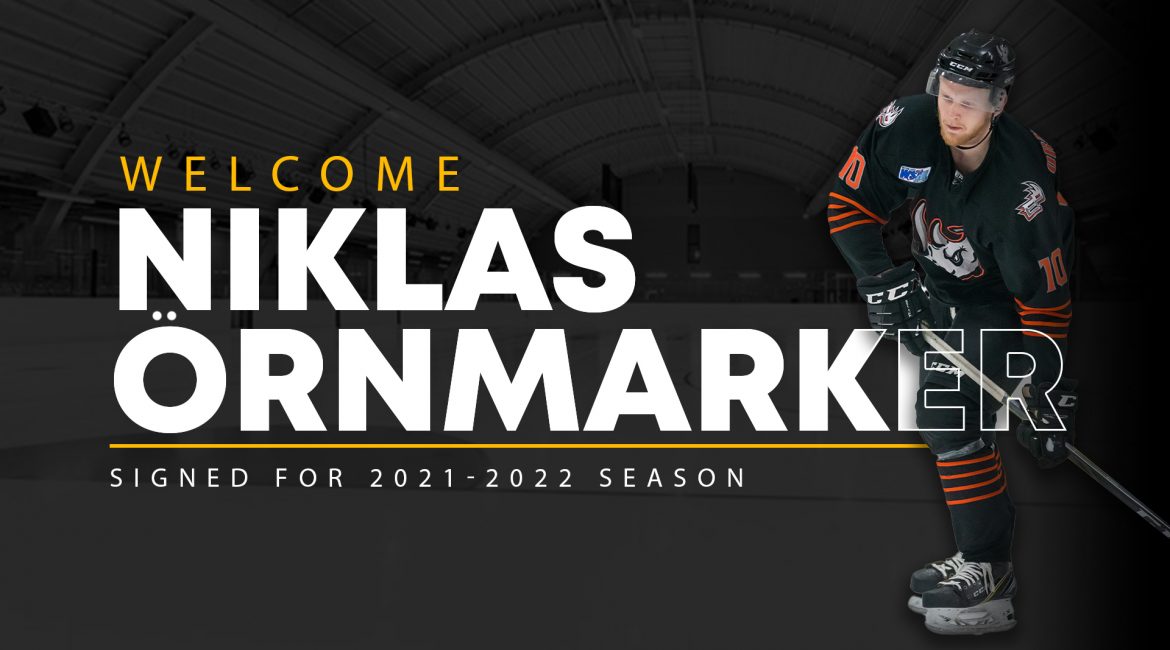 Head Coach of the TSI World Bees Ice Hockey Club Doug Sheppard is delighted to announce his second non-EIHA trained player as he completes a deal with Niklas Örnmarker.

The 22 year old Swedish forward is a name new to the UK but comes highly recommended and with a strong pedigree.

Niklas learned his hockey at Segeltorps IF before moving to Flemingsbergs IK where he played in both the Under 18 Division 2 and Under 18 Elite posting 25+29 in 13 Division 2 games in addition to 13+9 in 22 Elite games.

He spent last season back in Sweden with Malungs IF in HockeyEttan where he returned 11+10 from 21 games.

Doug Sheppard spoke on his latest signing; “It’s very rare to have an import come over with Niklas’s pedigree at 22 years of age. He’s a gifted offensive player with a great work ethic and is committed at both ends of the ice. Niklas comes to the Bees IHC with excellent references and recommendations.”

With the news of Niklas joining the Bees this means that the club bids a fond farewell to Roman Malinik. Roman iced for the Bees in two seasons notching up a combined 104 points for the club. With last season decimated by Coronavirus he decided to stay at home in the Czech Republic and with a young family has decided to remain at home. We thank Roman for his time with the club and he leaves with the club’s best wishes.

A reminder to all Bees fans that you’re welcome to join us this Thursday from 6pm at Slough Ice Arena when season ticket sales open.