The TSI World Bracknell Bees would like to wish all our sponsors, partners, supporters and volunteers a very Happy New Year.

Before we get started in 2020 we’d like to take a moment to look back at the year just gone.

2019 started in a healthy position for the Bees and an early announcement of Doug Sheppard signing a three year contract showed the intention of the club to continue to take positive steps. The final season for the Bees in the NIHL1 Britton conference concluded with the club’s first appearance at a Coventry Finals weekend in a decade.

Early in the closed season the EIHA and the member clubs announced the formation of a new league, the NIHL National League, which would see a uniting of the top teams from the North and South to compete in the new second tier of UK Ice Hockey.

Over the summer while Doug assembled his team to compete on the ice great steps were taken off the ice. The Schools Programme evolved into Schools and Groups programmes extending the Bees reach further into the local community. Bees Radio Network was also born in the summer providing live, real time radio commentary on home games for free in a first for UK hockey.

2019 has also seen an enhancement of the pathway here at the Hive with many players making the step either full time or guesting with the Bees.

2020 promises to be a thrilling year for the Bees. The start to the season has proven challenging, but the additions made to the squad have added not only added skill to the lineup but helped strengthen the team’s character. There are tough challenges remaining in the 19/20 season with a decent table finish to be secured and a play-off challenge to be mounted.

Head Coach Doug Sheppard shared his New Year thoughts; “I would like to wish all Bees supporters, volunteers, sponsors and corporate partners a Happy New Year as we turn over into a new decade of hockey at the Hive.

“2019 was a great year for everyone involved. Our appearance at the Coventry play-off weekend for the first time in ten years was a real highlight. One that I’m hopeful we are going to repeat later this year as well and give our great fanbase plenty of reasons to cheer loudly about the club you are proud to call your own.

“We have seen our squad continue to evolve to the point where I feel, heading into 2020, we have established a core of competitive, hard working players – many of whom have come through the junior system here in Bracknell and are now displaying the right attitude to succeed at the most senior level of hockey within our rink.

“I believe we are looking at a bright future, with the great work off the ice being matched by the players on it. We are determined to continue delivering the best possible performances and results throughout the rest of the year, I hope you will all continue to be part of our journey.” 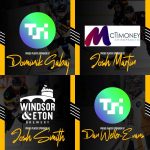