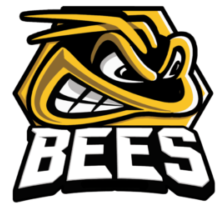 With the exciting news that Ice Hockey is finally returning the TSI World Bees Ice Hockey Club can start confirming the roster available to Head Coach Doug Sheppard during the upcoming Spring Cup.

We are pleased to confirm that the majority of players originally signed for the 20/21 season will wear the black, white and gold of the Bees this season.

In net for the Bees this season will be Adam Goss and Danny Milton who formed an excellent combination during our last campaign.

We can also confirm that Josh Ealey-Newman will not be taking part in the Spring Cup but will be back with the Bees in the future. We fully understand and respect his decision.

We can also confirm that Dominik Gabaj and Roman Malinik will also not be part of the squad for the upcoming Spring Cup. Dominik continues to play in France 2 and Roman is spending some quality time back in Czech with his family.

We expect all three players will be making their return to the Bees roster for the 21/22 season.

Head Coach Doug Sheppard commented on his roster so far; “It’s great to see that so many of our early signings have decided to participate in the Spring Cup. They all played major roles last season and are itching to get back on the ice. Josh, Roman and Dom will all be back in September.”