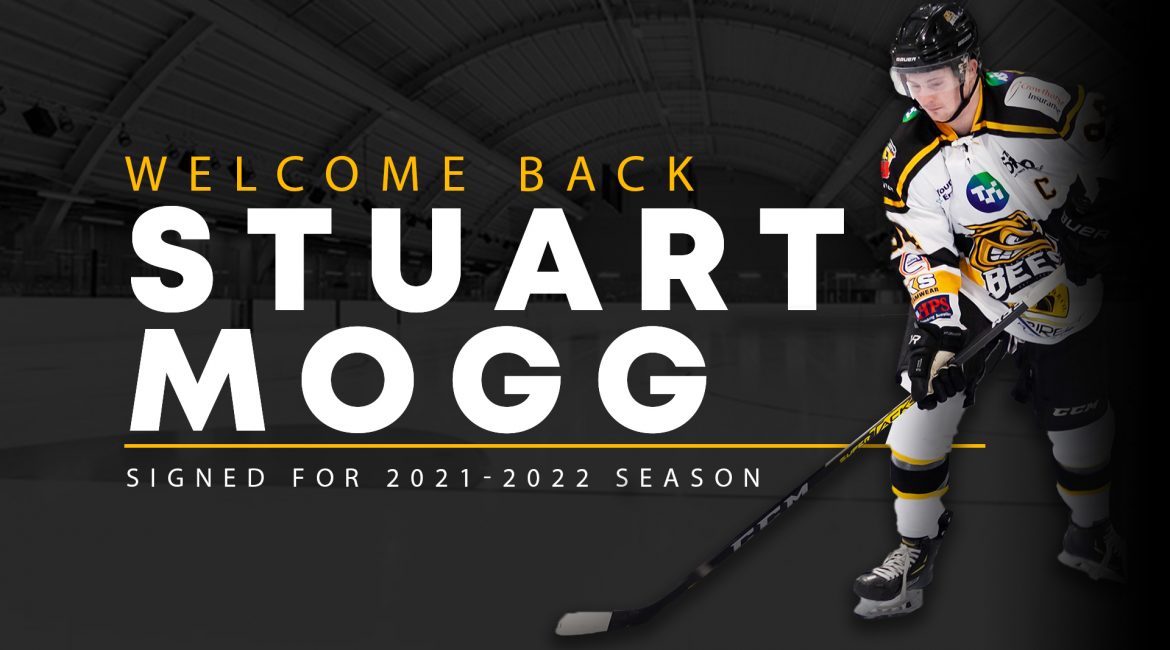 Head Coach of the TSI World Bees Doug Sheppard today announces the return of Captain Stuart Mogg to the black, white and gold for another season.

Stuart was born in Basingstoke and learned his hockey there initially before a move to Slough in 2010 where he played Under 18 and ENL2 with a senior debut for the Slough Jets recording an assist in his only appearance of the season.

Stuart then played 23 games in Canada for Toronto Attack before making his Basingstoke Bison debut under Doug Sheppard. It was there that Stuart made the switch from forward to defence. Despite having played his entire junior career as a forward Stuart quickly adapted to the change and became a cornerstone of the Bison defence over his six seasons in Hampshire.

Stuart made the decision to follow Doug Sheppard to Bracknell where he again patrolled the blue line returning 28 points from 40 games. The following season he played 45 games and put up 4+19 following the promotion to Captain.

Stuart returned to the Bees last year for their opening season in Slough, captaining the team through the Spring Cup and scoring 2+4 from his 12 games.

With Stuart having got married at the weekend both player and Coach can now confirm Stuart’s return to wearing the “C” in Bees colours for the 21/22 season.

Doug Sheppard commented; “Moggy is as reliable as it gets on the back end, he reads the play extremely well on the defensive side of the puck. What makes Moggy a complete player is his offensive capabilities. He leads by example and plays the game the right way.”