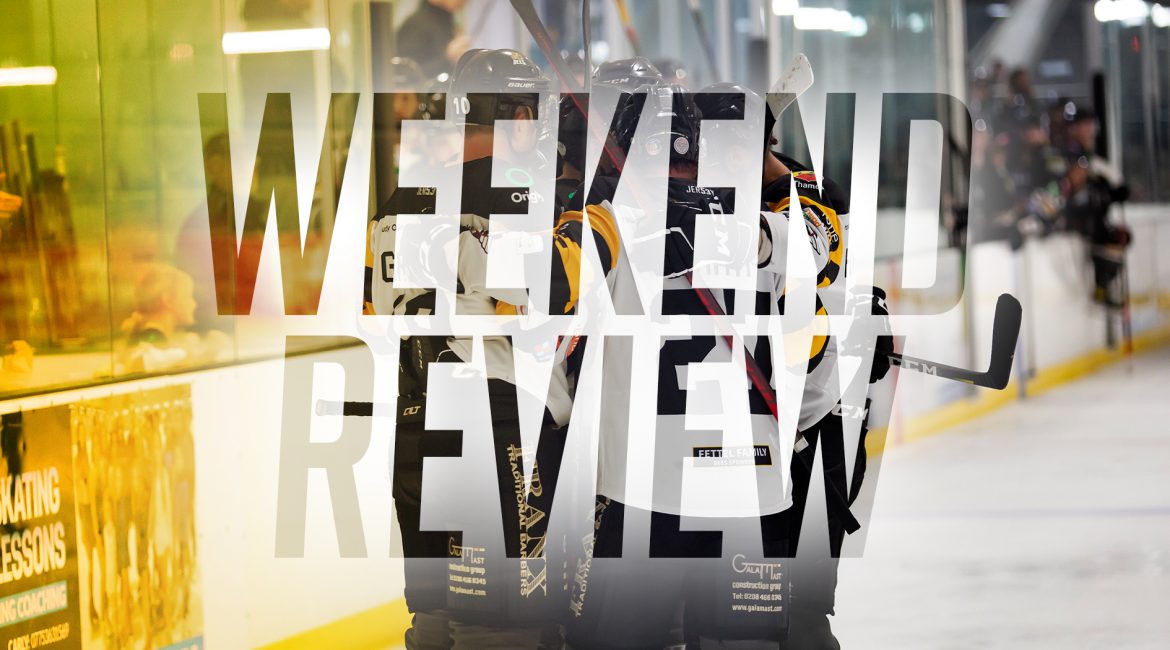 The weekend saw the TSI World Bees complete their Autumn Cup with a visit to Telford and a home game against the Bison.

The home team completed a successful opening period with goals from Rick Plant and a powerplay goal from Jason Silverthorn giving them a 2-0 lead at the end of the first period.

With a comeback needed in the final period Bees got off to a good start with Dominic Gabaj netting 3.25 into the period to make it 3-2. A powerplay strike from Ross Connolly at 50.41 widened the gap again in favour of the home team but with 29 seconds left Stuart Mogg kept the Bees hopes alive but they couldn’t find the goal they needed for overtime in the dying seconds.

Sunday’s home game had both sets of supporters on the edge of their seats from start to finish. The first period ended 1-1 as goals from Luke Jackson and Zack Milton equalled each other out.

Bayley Harewood converted a powerplay at 28.04 and was quickly followed by James Galazzi netting a powerplay marker at 32.54 Dominic Gabaj scored with 40 seconds left in the middle period for a perfect 3-0 outing for the home team.

Bees hit penalty trouble in the final period which allowed Bison to stage a comeback. Goals from Filip Martinec (45.25) and Alex Roberts (49.45) both came on the powerplay for 4-3 and then Bison tied up with an even-handed strike from Adam Jones at 54.23. Bayley Harewood scored the game winning goal with 2.16 left on the clock and completed his hat-trick on his knees at 58.52 with an empty net goal.