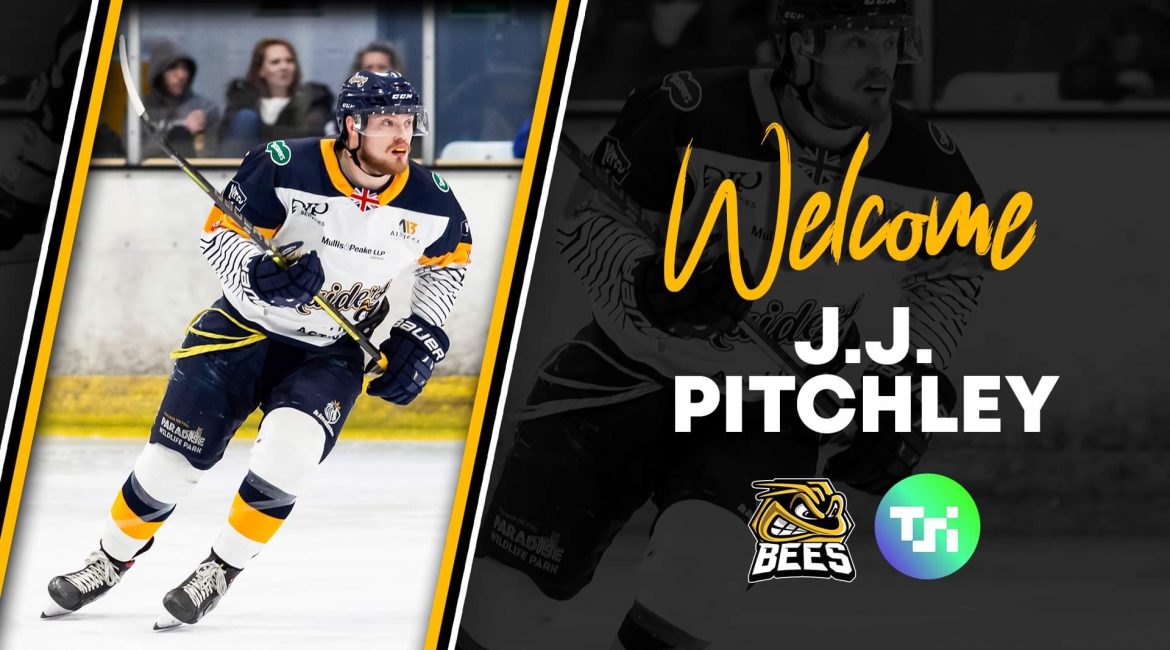 We are pleased to confirm that JJ Pitchley will be icing with the TSI World Bees Ice Hockey Club for the upcoming season.

Although JJ’s love of hockey was a result of the Romford Junior system and a year playing in Dallas, his senior career took off in 2013 icing with the Slough Jets. In the following season, JJ pulled on the Black, White and Gold for the first time icing for the Bees, scoring 8 points from 13 games.

After a short spell with the Basingstoke Bison in 2015/2016 and the Bracknell Hornets, Pitchley returned to Romford to ice with the Raiders for the last 5 seasons. Coach Sheppard is keen to capitalise on what his newest signing can bring to the team on and off the ice, “JJ is an experienced and established player at this level. He is a versatile player that will help us in various ways, he can play up and down the lineup depending on our opponent. Definitely glad he’ll be joining the Bees as he’s a great teammate but the type of player you hate playing against.”

JJ is excited for the season ahead, “It’s great to be signing for the Bees! A club I played with during my first years of seniors with and I’m looking forward to getting back on the ice and winning some silverware! It’s a new/old chapter for me and excited to get started! Most of the guys I’ve played with before so will be good to be around them again!”