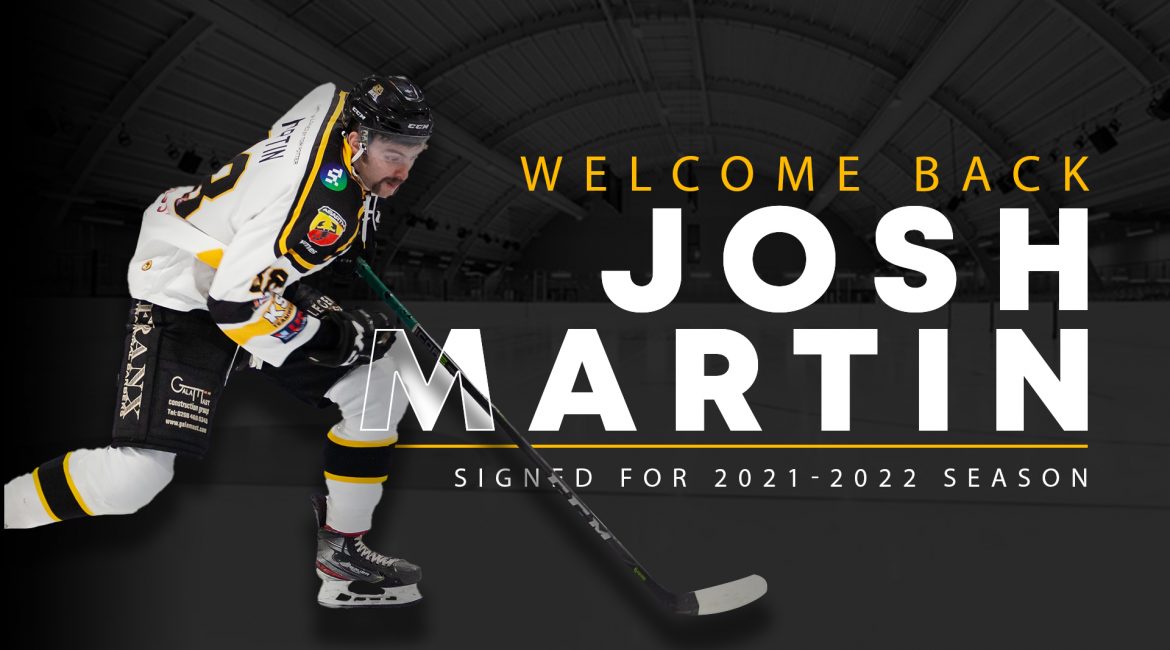 Head Coach of the TSI World Bees Doug Sheppard today announces the return to the Bees of forward Josh Martin.

The Chertsey born forward has played three full seasons with the Bees plus 6 games in the season in which he made his debut and also the abridged 20/21 season featuring in the Spring Cup.

Josh played his junior hockey in Guildford posting impressive numbers through both Under 16 and Under 18 seasons.

In 2014/15 Josh made his senior debut playing for both Solent Devils and Bracknell Hornets. Signed to the Hornets in 15/16 he also got to pull on the black, white and gold of the Bees for the first time making 6 appearances.

When Doug Sheppard joined the Bees, Josh Martin was a player he wanted to retain and Josh added 21 points to his Bees tally in the season. In 19/20 Josh returned to the Hive and posted 6+17 from 41 games plus 171 PiMs.

Josh was a player identified and signed for the 20/21 season and would go on to feature in the Spring Cup streaming series. In 12 games Josh scored 5+3 for just 2 PiMs.

Building for the new season, the club’s first full season in Slough, Head Coach Doug Sheppard commented on returning Josh Martin to the Bees; “Josh is a well rounded player that is reliable in any situation. He’s one of our top penalty killers that can also play an offensive role for the Bees this season. Josh has a physical element to his game and will be valuable asset to the team.”

Josh stands at 6’1 and weighs 165lbs. He shoots right handed.