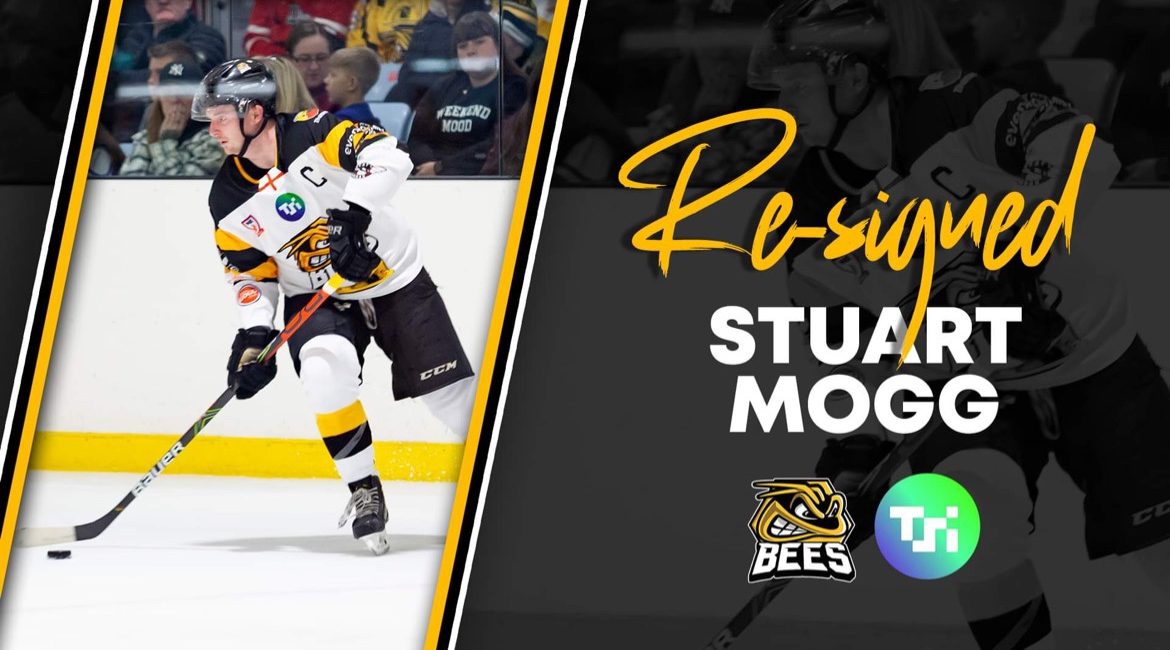 After signing a 2 year contract, Captain Fantastic, Stuart Mogg is to return to the ice with the TSI World Bees Ice Hockey club for the 2022-2023 Season.

For Stuart this was clearly an easy decision to make, “I am extremely happy to be returning for my 5th Season with the Bees. I feel last season we ended well and really showed as a group what we could do, but ultimately we still came up short. I have had a lot of conversations with Shep and the plan this year is to build on last year and progress up the table and look to push on for silverware. I am also very happy to have agreed to come back for two years, and over those two years I am looking to put more pressure on myself to help and push the team to success. I hope you all have a great summer and I’m looking forward to seeing you all in September!”

After starting his hockey career in Slough, Stuart joined Doug Sheppard Bison side after a stint playing overseas in Canada. It was his time in Hampshire, that cemented his skills a solid reliable defence man that was seen as the cornerstone of the Bison defence. Stuart followed Doug across to Bracknell, and the move resulted in a promotion to Captain in Sheppard’s second season at the Hive.

As the plans for the 2022-2023 continue to progress, Sheppard sees Stuart’s experience as a key part of this, “ Moggy has continued to impress me as our captain. He always leads by example and bring immense experience to the role as former EPL all-star. he has won multiple championships at this level.’

Stuart made 47 league appearances in the first full season in Slough, taking to him past 500 senior league games played. He scored 2+14 across the season. His jersey will be available to own and loan, when we launch our own and loan scheme during the summer.