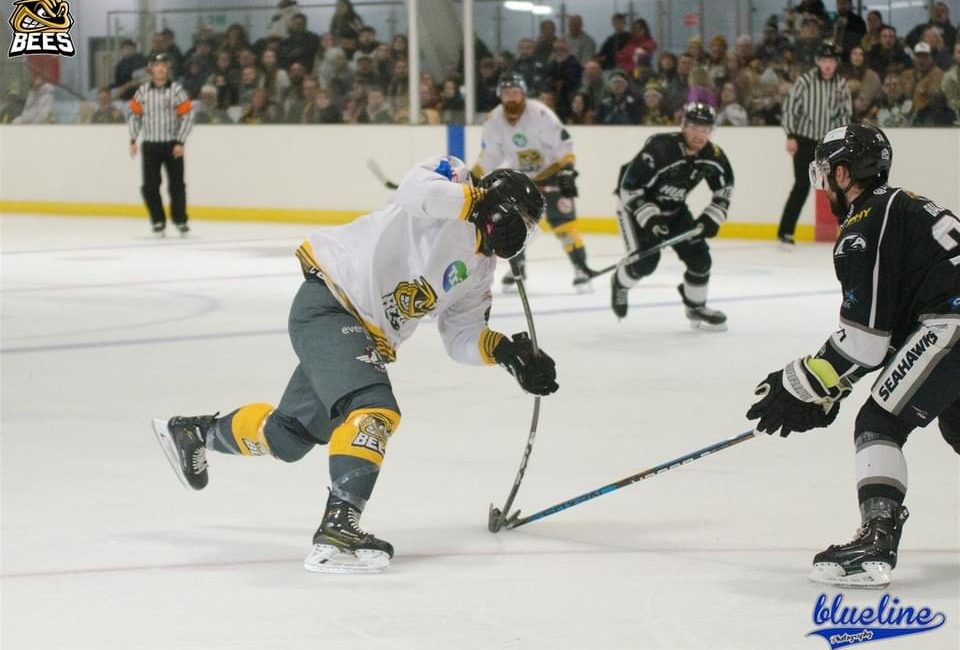 This weekend the TSI World Bees face the Sheffield Steeldogs in an away fixture on Saturday and then the Telford Tigers make the trip down to the Slough Ice Arena on Sunday to face the Bees.

Last season the Sheffield Steeldogs were a strong opposing team and finished 3rd overall in the league winning 25 games and gathering a total of 57 points. The last 5 meetings with the Steeldogs have been back and forth with the Steeldogs winning 3 out of 5 games and the Bees winning the remaining 2 games. Over the off-season period, Sheffield has had some new additions to their roster of Vladislavs Villanovs, Warren Tait, Andreas Valdix and goalie Charlie Henry. Alongside these additions, the Steeldogs also lost some key players like Nathan Ripley, who has now gone on to play with the Coventry Blaze. So far this season Jack Brammer has been a key player for the Steeldogs becoming their top point scorer securing 6 points and Lee Bonner on the powerplay is key for Sheffield scoring 1 goal and getting 2 assists. The Bees so far this season have scored 29 goals they have also conceded 29 goals and the Sheffield Steeldogs have scored 19 goals as well as conceding 19 goals.

The Telford Tigers were the League Champions last season and won 29 games gathering a total of 70 points. During the past 5 meetings between the Bees and Tigers, the Bees have won 1 game and Telford won 4. Over the off-season period, the Tigers have made some drastic changes to their roster losing some of their most loyal players such as Andrew McKinney, Joseph Aston and Thomas McKinnon as well as losing Austin Mitchell-King, who now plays with the Peterborough Phantoms. But after losing Austin Mitchell-King his brother Rhodes Mitchell-King decided to make the move to the Telford Tigers after spending some time abroad playing hockey the Tigers also had the additions of Daniel Mulcahy and Thomas Byrne. So far this season Vladimir Luka has been a key player for the Tigers by scoring a total of 14 points so far and 9 of those points have been goals. Another key player for the Tigers is Captain Jason Silverthorn as, so far on the Tigers’ powerplay chances, he has scored 3 goals and had 1 assist. The Tigers have conceded 26 goals however, they have scored 28 goals so only have a 2-goal difference.

Come down to the Slough Ice Arena on Sunday to watch the TSI World Bees take on the Telford Tigers, tickets are available now!