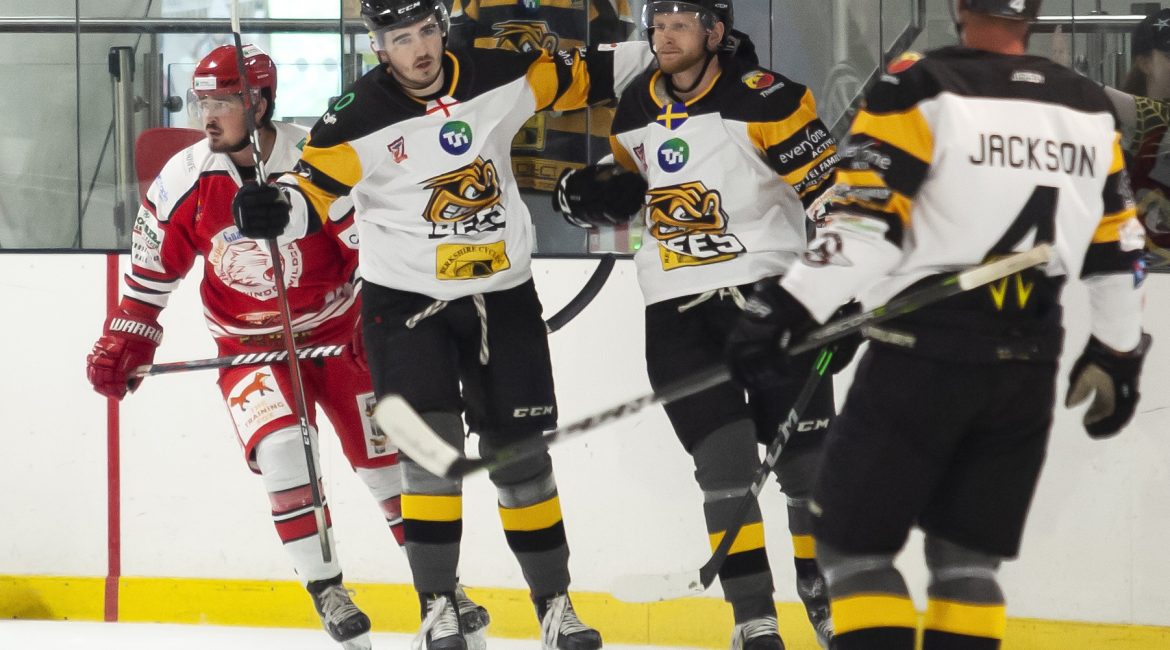 After impressing in pre-season, Bees’ coach Doug Sheppard is delighted to announce that forward Mikey Power has put pen to paper on a years contract with the club.

Power posted an impressive 5+1 over the 4 pre-season games, scoring in every game and including a brace in our last outing against the Swindon Wildcats.

Garry Simpson, who posted 2+2, will not be signing for the upcoming season but there is a view to sign him for the 2022/2023 season after the Scottish forward also impressed on his trial.

All in all, our preseason campaign couldn’t have gone better both as a team and for Mikey and Garry.

Mikey impressed me greatly during his trial period both on and off the ice, making him a natural fit for the team we are hoping will be competitive in the NIHL this season.

For Garry, we will be keeping in touch with him during the course of the season and playing an active role in his development, ready for him to hit the ground running in the 2022/23 campaign.

The club is also delighted with the partnership that is developing between the TSI World Bees and the Slough Jets coached by Lukas Smital. With 3 players agreeing to 2-way contracts with the clubs. Forwards Luke Smital, Harry Harcup and Christian Mohr will be icing for both clubs for the upcoming season.

It is fantastic to have a partnership with an established NIHL team in the Slough Jets. Lukas has a great reputation for bringing through talented young players and it is great to have so many knocking on the door to National level

Doug Sheppard on partnership with the Slough Jets