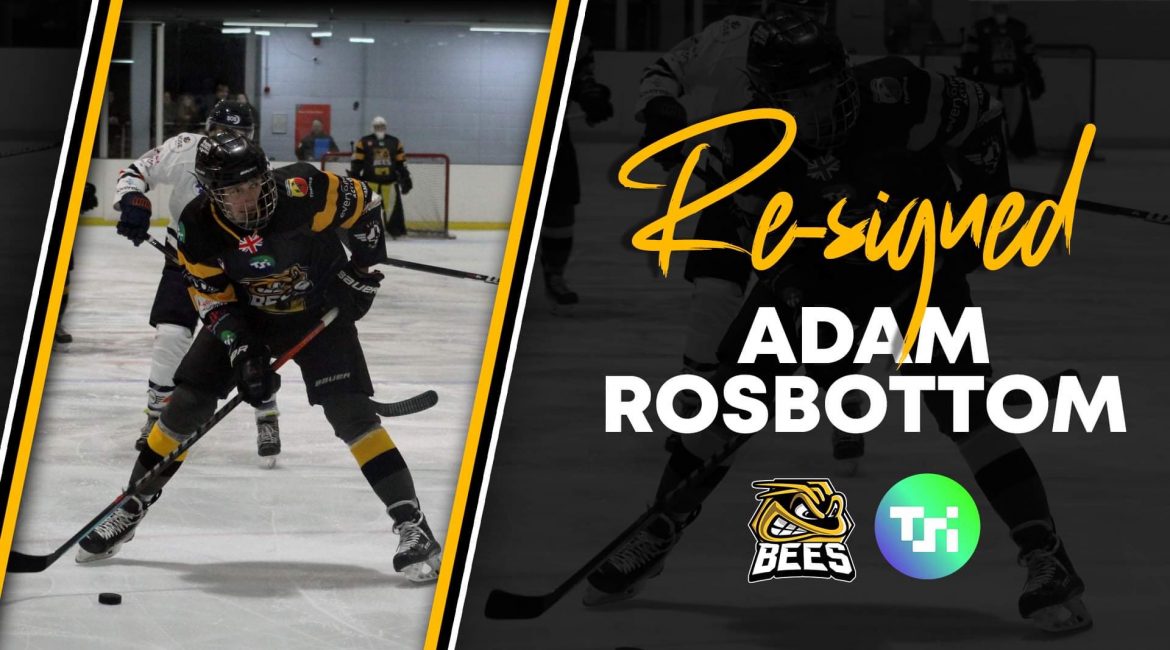 With preparations for the playoffs in full swing, head coach of the TSI World Bees Ice Hockey Club, Doug Sheppard, is starting to look ahead to the 2022-2023 season and building the strongest squad possible. With this in mind we are proud to confirm that has started with the re-signing of Adam Rosbottom.

On his latest signing Sheppard said, “When Adam arrived his relentless work ethic made an immediate impact on our team. He has a great attitude and we’re lucky to have him back for next season.”

The 26 year old forward started his hockey career as a Nottingham Cougars Junior. After some time away from the sport, he returned to ice for Slough Jets in the 2018-2019 season scoring 22 points in his first full season. After a trial with the Bees late last year, he was soon signed on a permanent basis with the team in January 2022. He has made 24 appearances with the Bees and has scored 16 points.

We caught up with Adam about his re-signing for next season. “I’m delighted to be re-signing with the TSI World Bees IHC for the 22/23 season.

Since joining the team late last year the players, staff and whole BEE Army have been so welcoming and it’s been great to be able to compete for the team week in, week out. I’m looking forward to being part of the club for next season. For now, the focus is on the playoffs. Looking forward to seeing you all there Bee Army!”

Adam’s jersey will be available to own and loan, when we launch our own and loan scheme during the summer.