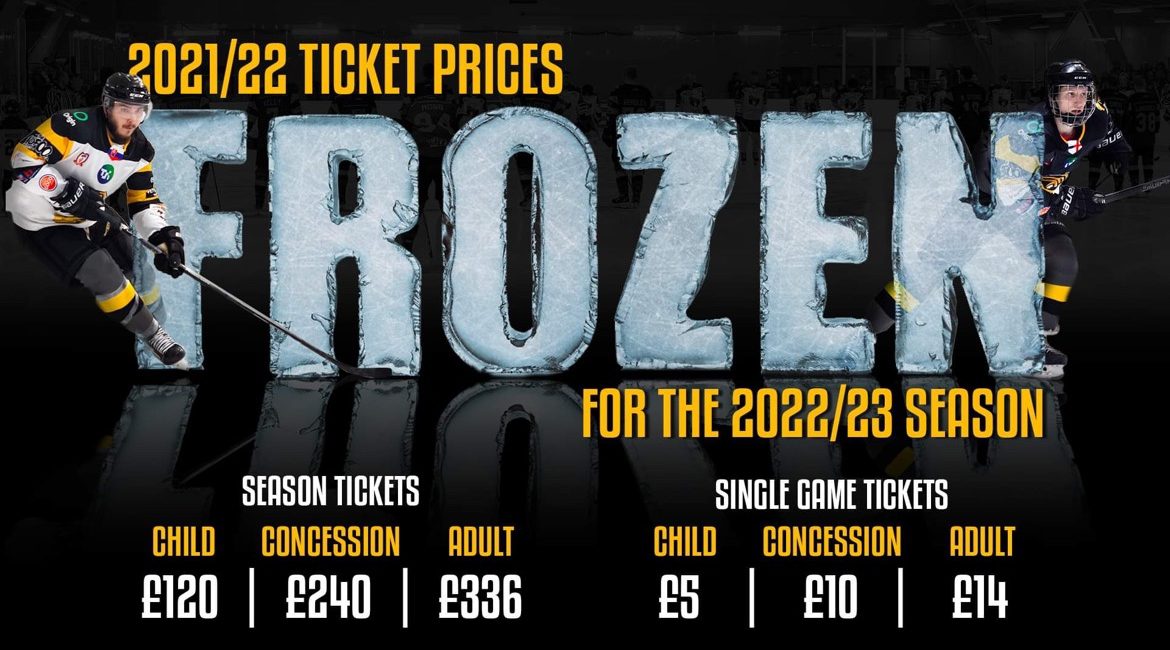 We are delighted to confirm that all ticket prices from the 2021/22 season have been frozen for the 2022/23 season.

This can be confirmed now as the league structure has been agreed. There will be 28 home league games in a 56 game season. The first home and away game against each team will count both towards the league and a separate cup competition. Additionally there will be 1 or 2 pre-season home games, and then, the possibility of playoff games at the end the season.

Season tickets must be purchased direct from the club by contacting richard@beesicehockey.com.

If you held a season ticket for the 2021/22 season, your seat has been held until the 31st May 2022 after which it will be placed on general season ticket sale. You can reserve your seat by either paying for the season ticket in full or opting for the pre-payment plan as previously advertised by making monthly payments against the full season ticket cost in May, June, July and August 2022.

1. Pre-book your seat(s) for the entire season

2. Signed Photo with your favourite player

3. 10% off merchandise from the Supporters Club

4. Each season ticket holder will be in a draw for 1 of 4 match nights Man of the Match presentations

5. Season Ticket holders will be placed in a draw for a “Match Night Experience” which will include being part of the pre-game setup, working with the equipment manager and joining the off-ice officials during the game

7. Early Bird priority on sale of limited edition jerseys (such as Halloween and Christmas)

8. Early Bird priority on season own and loan jerseys

A booking fee of 5% will apply.

£12.00 per device. An optional £1.50 per additional person/device watching