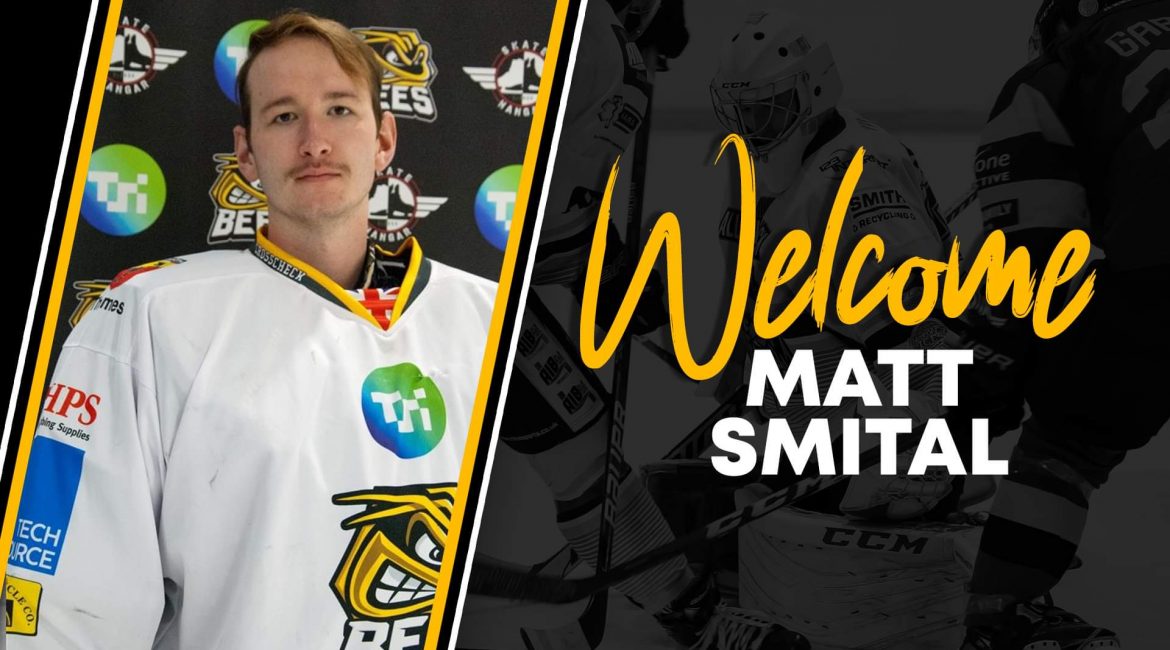 The TSI World Bees are proud to announce the signing of netminder Matt Smital.

Smital first played for the Bees back in 2015-16 in the EPIHL League having played 3 fixtures while playing for the Bracknell Drones & Bracknell Hornets. Since then, Smital has played with the Slough Jets and Swindon Wildcats while last season played in the National League with the Milton Keynes Lightning having played 37 games with a .883% save percentage.

Upon signing Smital to the Bees, Head Coach & Director of Hockey Doug Sheppard said “Picking up a goalie of Matty’s caliber at this point of the season is huge for us. Matty & Gossy will form a strong tandem in net.”

Smital comments, “I’m looking forward to a fresh start with the Bees and to be a part of helping the team reach their goal”

Would you like to Sponsor Smital? You now have the chance to Own & Loan and Sponsor his Kit.

Smital’s Own & Loan Jerseys are now available. If you’d like to Own & Loan Smital’s Jerseys, please get in contact with Becci via email at becci@beesicehockey.com.

Matt Smital Kit Sponsorship is now also available online from only £2.50 with our Junior Sponsorship which is available via the link below.