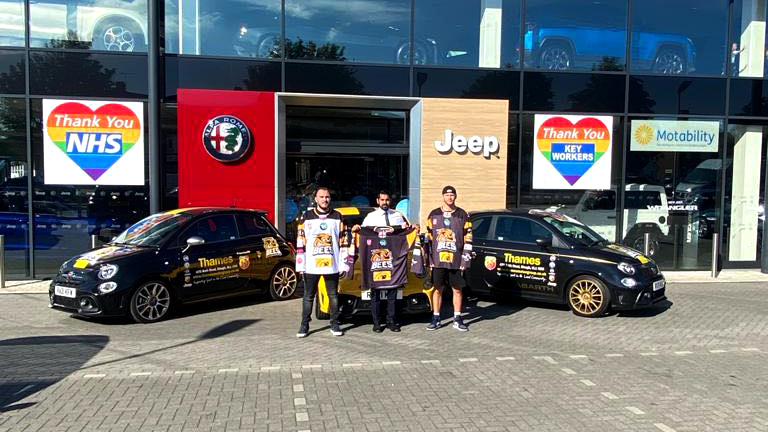 The TSI World Bees are delighted to once again confirm our continuing partnership with Thames Motor Group who are once again the official car supplier to the Bees.

Thames Fiat are located in Cippenham on the A4 Bath Road between Slough and Taplow and supply both new and used cars as well as after sales service. As well as cars Thames can supply commercial and fleet vehicles as well as also supporting the Motability scheme as well.

Thames Fiat in Slough is only a part of the Thames Motor Group. Head quartered in Kent, Thames Motor Group is a family owned business which has been running for 50 years now. The group has dealerships in both Slough and Tunbridge Wells.

These days Sanjay Sobte, who is the nephew or the group’s founder Vipen Khanna, runs the two dealerships in Thames Motor Group (Slough) Limited and is proud to be the Dealer Principal of one of the top-selling dealerships for both Fiat and Abarth since 2000. Having started as a salesman for Thames Motor Group in 1986, Sanjay then progressed to a Sales Manager and then to Dealer Principal before he was finally promoted to the Managing Director of Thames Slough. In addition, he also heads up the sales team in Tunbridge Wells.

Thames Motor Group Slough supply Fiat, Abarth, Jeep and Alfa Romeo as well as providing an amazing after sales support and have provided the Bees cars again this season while you’ll no doubt have seen buzzing around the local area.

Bees Director Stuart Robinson spoke on the continuing partnership; “Sanj Sobte and his team at Thames Motors have supported the club superbly since 2007. Every year they have provided us with some excellent, eye-catching vehicles, festooned with Bees’ logos, which are used by Doug Sheppard and a couple of the players. The current Abarth 595 cars are quality and really do stand out nicely when the guys are driving around the local area, giving us and the sport greater public exposure. We can’t thank Thames Motors enough.”

You can find out more about Thames Motor Group on their website https://www.thamesmotorgroup.co.uk/ 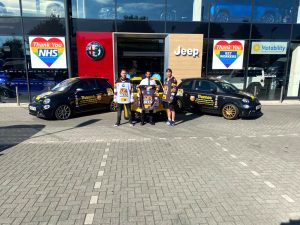 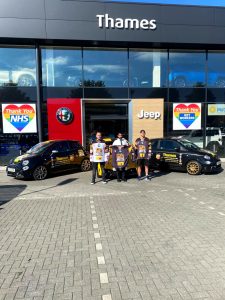 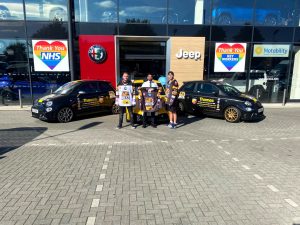