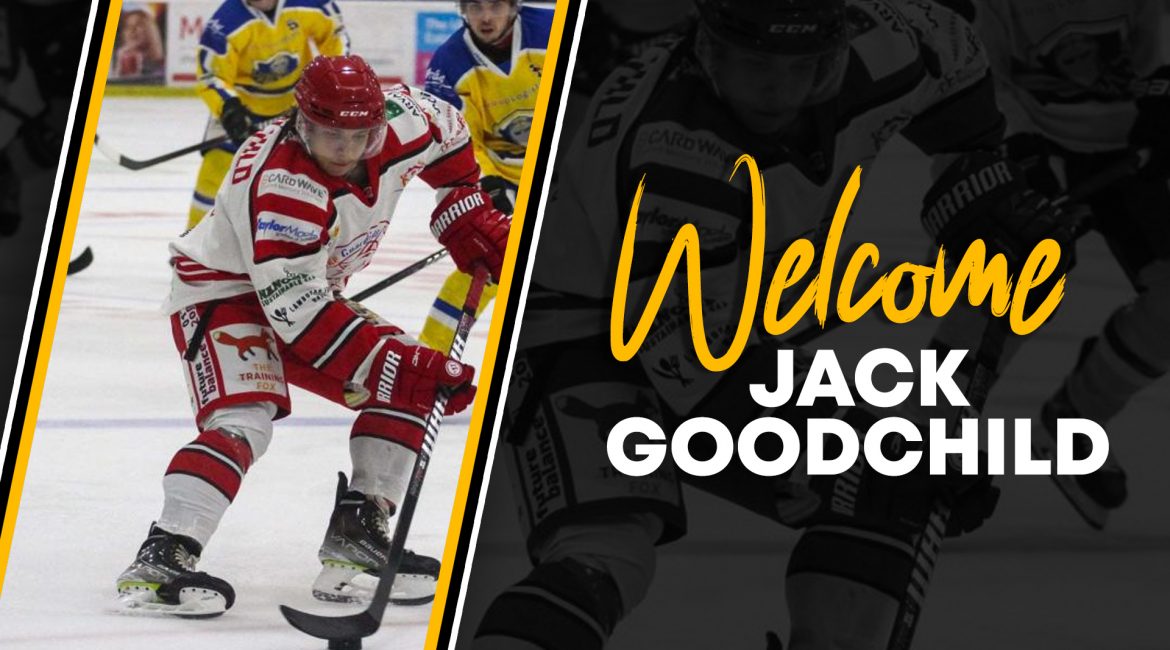 TSI World Bees are thrilled to announce the signing of Jack Goodchild who joins us from the Swindon Wildcats and continues his Two-Way Contract with the Slough Jets.

Jack, who was born in Winchester played through the Slough & Bracknell junior programmes before playing with the Okanagan Hockey Academy UK from 2017 to 2020. During his time with OHA he iced 48 games, scored 44 goals and 45 assists (89 points) before joining the Swindon Wildcats senior team during the 2021 Spring Cup.

Goodchild started his first full season in the National League with the Wildcats last season until his season ended early due to an injury.

I am happy that we were able to secure signing of Jack Goodchild on a 2-way deal with Slough Jets. Jack is a young and prospective player that will help us on the offensive side. I was impressed with him in this week’s training sessions and can’t wait to see him in Bees jersey in Basingstoke.

It’s a shame to be leaving Swindon, as they were their first team to give me a chance coming from juniors. But with that being said I’m excited to be joining the TSI World Bees. I’ve trained a few times with the guys and they were all welcoming and I’m excited to see what can happen on the ice. Upon joining the Bees, I think I’ll bring speed to the team. Love to score goals so with help from the Bee Army behind us, I’m hoping I can do this for the Bees.