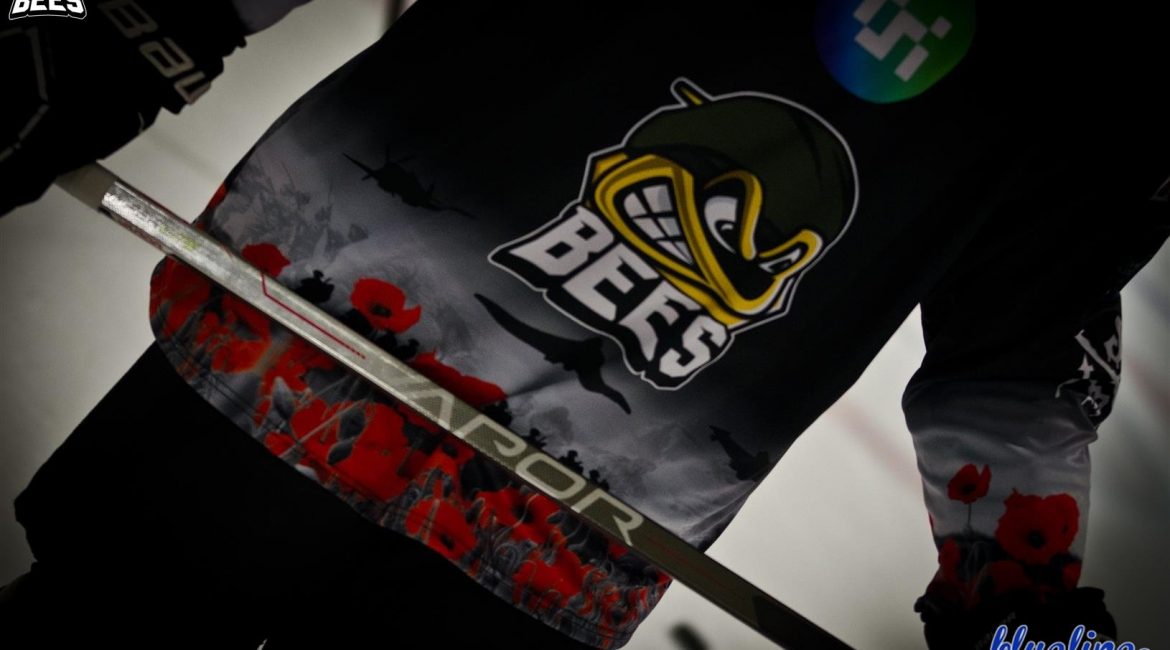 This weekend the TSI World Bees faced the Bristol Pitbulls in their home fixture after an away loss to the Hull Seahawks on Saturday. The Bees went into this game with the additions of Vanya Antonov, Lewis English, Tyton Cathcart, Liam Clark and Scott Spearing. Bristol had the recent signing of Morgan Clarke-Pizzo icing as well as Luke Smital, Jacob White-Sey and Christian Mohr, who are on two way contracts with the Pitbulls and Slough Jets.

Early on in the first Luke Smital received a 2 minute Hooking penalty at 08:03, this gave the Bees an early opportunity to start the game on a high and take the lead from this powerplay and  we saw some good opportunities come from Juha Lindgren as well as Brendan Walkom but nothing came from this chance. Bristol had some good chances coming from Caly Robertson, who almost helped the Pitbulls take the lead. At 15:35, Harvey Stead received a 2 minute minor for High Sticks.

Going into the second period tensions were high as both teams’ fans were waiting for the first goal to be scored. Then at 22:12 Morgan Clarke-Pizzo opened the scoring for the night with assists being awarded to Josh Shaw and Owen Sobchak. Bees came back with a quick response to the Bristol goal with an unassisted goal from Vanya Antonov at 27:33 to equalise the game. After some more good chances going in favour of both teams Caly Robertson at 31:34 helped Bristol yet again take the lead with assists awarded to Reece Kelly and Alex Roberts. At 38:11, Christian Mohr received a 2 minute Hooking penalty giving the Bees another chance on the powerplay that would lead into the third period.

Going into the final period the Bees were still on the powerplay for 11 seconds, however from this powerplay the Bees were unable to equalise but still some great chances came from Will Stead. At 41:07 Brendan Walkom equalised early on in the third period with assists going to Vanya Antonov and Will Stead and not long after at 43:40 James Galazzi gave the Bees the lead for the first time of the night with assists being awarded to Stuart Mogg and Alan Lack. Pitbulls at 43:00 decided to call a timeout to regroup and think tactically on how they were going to get back into the game. Great plays from Dan Bradley and Juha Lindgren lead to Juha extending the Bees lead to 4 goals with the assist going to Dan Bradley but Luke Smital for the Pitbulls was fast to react to Juha’s goal and at 45:23 he scored goal number 3 for the Pitbulls with an assist going to Ed Bradley. Morgan Clarke-Pizzo managed to get past Adam Goss to equalise the game yet again after all the Bees hard work to gain the lead at 57:56 with assists going to Luke Smital and Owen Sobchak.

Going into overtime both teams came out strong and ready to push. Some chances came early for the Bees with chances from Brendan Walkom as well as Will Stead. Bristol had some good chances to end the game but could not get past Adam Goss which led the game to go to a penalty Shootout that led to an overtime win for the Pitbulls as Brendan Walkom was the only Bees player to score in their penalty shot chance.