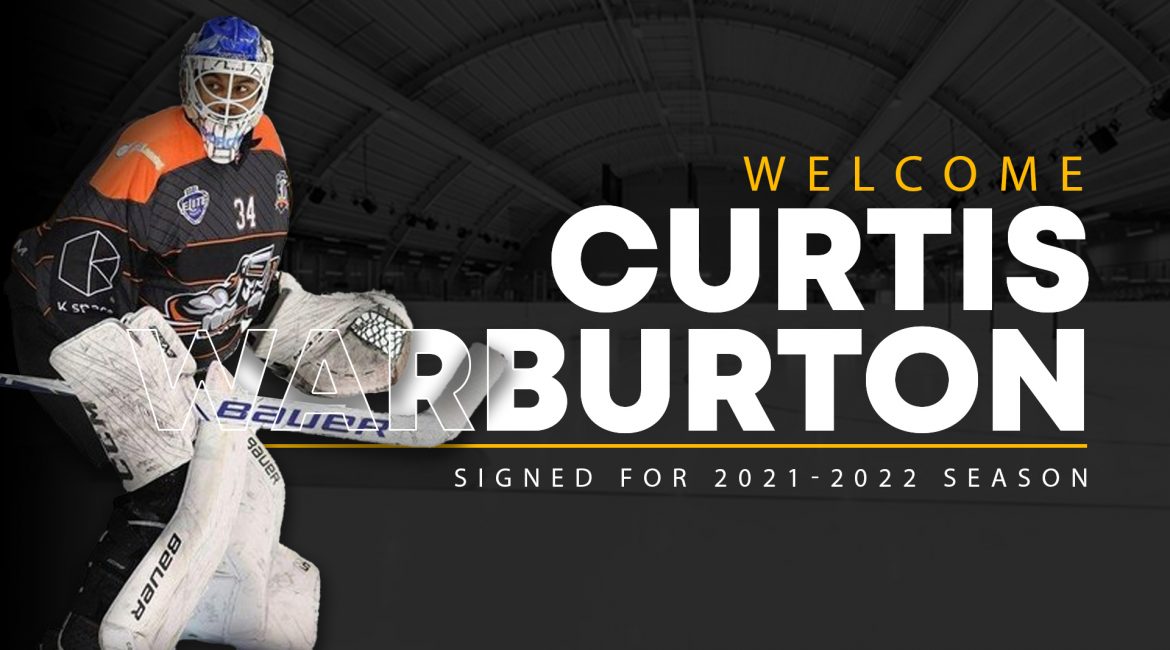 Head Coach of the TSI World Bees Ice Hockey Club, Doug Sheppard, is excited to announce he’s struck a deal with the Elite League’s Sheffield Steelers to bring goaltender Curtis Warburton to the Bees on a two-way deal.

The 19 year old has played most of his hockey to date in Sheffield, growing through the Sheffield junior programme before reaching the Sheffield Steelers in the UK’s top flight.

He boasts strong statistics through his time as a Sheffield junior bringing him to the attention of the Sheffield Steeldogs in NIHL1, making his senior debut in 2017/18. The previous season had seen him ice for Bradford Bulldogs at Under 18 before returning to Sheffield in 17/18 to play Under 18, Under 20, NIHL2 and NIHL1.

The following season, still a junior, he made 11 further Steeldogs appearances together with NIHL2, Under 18 including playoffs and Under 20.

With Coronavirus shortening the 20/21 season for all clubs, when the Elite League streaming series was announced, Curtis was called upon by Sheffield Steeldogs to complete their netminding tandem. He came into the spotlight when he was brought on in a game against Steelers’ local rivals Nottingham Panthers with his club 3-0. He went on to make 16 saves in a game that the Steelers almost pulled back, losing out to the Panthers 4-3.

The 6’2” goaltender is only 19 but is already being talked about as having a very promising future following his contributions to the Steelers in the streaming series.

Bees Coach Doug Sheppard enthused about the deal he’s struck which sees Curtis available to the Bees for the upcoming season; “Curtis took his opportunity to showcase his talent during the Elite Series, which has created the perfect situation to further his development. On top of the training he will get at an Elite League level during the week, he will also get that crucial game time at a young age – which previously benefited the likes of Ben Bowns and Stevie Lyle to help take his game to the next level.

“We know Curtis is a big, technical goalie who has already showcased a great attitude and work ethic. I believe he, along with Adam (Goss), will give us a very strong tandem in net, giving us an opportunity to win every night.”

“Curtis really wanted the best opportunity to continue his development and have a chance to start as many games as possible. He will continue to train with us during the week and we will have 1st call on game time when we feel we could use him.

“I think this is a great opportunity to still work on his game during the week at our level and get needed games on the weekend if we won’t use him. He did a great job during the Elite Series and happy we can keep him with us for another year”.

Curtis added his thoughts; “I think this is a great opportunity for me coming off the back of my play in the Elite Series. I know I need to play minutes and this with the combination of still being on the ice every day in Sheffield was the perfect combination.

“I get to work with two great clubs and two coaches who want me to improve every day. I want to play at the highest level I can and to do that these are the important years in my progress and development

“I can’t wait to get started and training camp can’t start soon enough for me.”