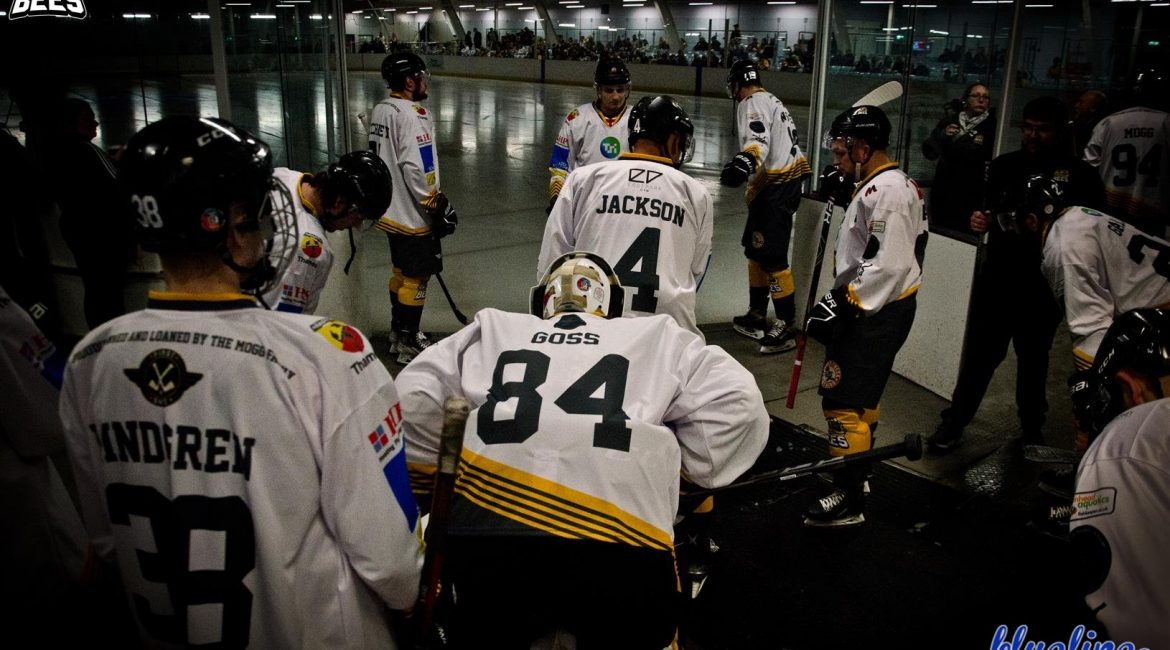 Throughout this weekend the TSI World Bees have two tough fixtures ahead as they face the Swindon Wildcats at Swindon and then have a visit from the Milton Keynes Lightning on Sunday at the Slough Ice Arena.

So far this season the Bees are yet to face the Swindon Wildcats after the last fixture was forced to be postponed due to technical issues at Slough. The Wildcats last season were a strong force within the league and over the summer have made some changes to their typical roster by bringing in players like Russell Cowley and the return of Loris to add more depth to the lineup as they experienced some heavy losses through Emil Svec and Neil Liddiard as well as a couple of other players who chose to move elsewhere to continue playing. One to watch for Swindon this season is Aaron Nell who is willing to put in as many minutes as it takes to help his team put up a fight as well as Sam Bullas.

The MK Lightning have had a great start and only recently have had the addition of their import Deivids Sarkanis due to visa problems as well as the recent announcement of Jack Hopkins to the Lightnings’ lineup while also being on a two-way contract with the Nottingham Panthers. Jack will also be making his debut for Milton Keynes this weekend. One to watch for the MK Lightning will be Liam Stewart who is also fast on the puck and has incredible speed which helps the Lightning create so many of their opportunities and is a big advantage for the Lightning when playing Liam whilst they are on a powerplay. Also looking out for young Callum Field who so far this season has had an impressive start by scoring some key goals for the Lightning and has put in some great shifts.

To get tickets for the game against the MK Lightning on Sunday go to our tickets section on the website and we look forward to seeing you there. Remember you have to BEElieve!