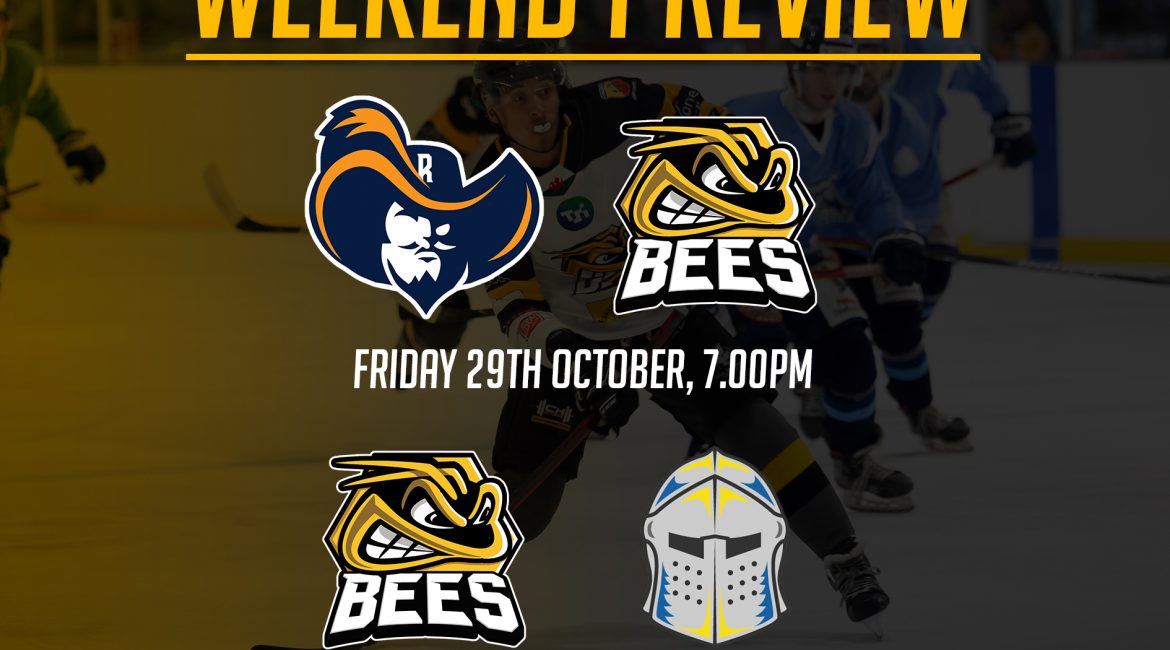 This weekend takes on a different itinerary for the TSI World Bees as they play Friday and Sunday. The weekend starts on the road on Friday at Romford before returning to Slough and taking on Leeds Knights after a Saturday night off.

With it being Halloween weekend Bees Coach Doug Sheppard will be hoping his team is handing out the tricks and keeping the treats!

Friday night sees the Bees line up against the Raiders again. The two teams know each other well and have built up a fierce rivalry on the ice over the last few seasons.

Sunday night is the Bees Halloween special for the first visit of 21/22 of the Leeds Knights. Now under the ownership of Steve Nell and re-branded to the Knights, the team from Leeds has got off to a good start in the league following an impressive cup run.

Doug Sheppard was happy with his team’s performances last weekend which saw the team run out 50/50 against Sheffield Steeldogs, going down by a single goal in 5 in Yorkshire before winning 6-3 on home ice on Sunday night.

While there were a considerable number of positives to take from last weekend including the return of Josh Martin and Harvey Stead to the line up, Bees then lost Harvey Stead midway through Sunday’s game when he took a skate to the neck.

Sunday was also particularly pleasing at the Bees played shortbenched without their two way Jets players in the line up but still came together to earn a big home ice win.

This weekend’s games will be two more tough challenges and Doug Sheppard looked ahead to his weekend’s work; “I thought last weekend we had a really good work rate through the entire weekend and we competed hard in both games. It’s something that we need to look to carry into this weekend starting on Friday against the Raiders who’ll give us a good test on compete level as they’re one of the hardest working teams in the league.

“Last Sunday we had a scary incident when Harvey got a skate to the neck. Thanks to everyone involved who took the right precautions and got him to the hospital quickly and safely. Harvey has had a number of stitches and is currently in recovery. We won’t have a further update for another 10 days or so but we’re currently looking for injury cover and we’ll be looking to bring a sixth defenseman.

“On a positive note it was great to see Juha and Bailey selected for GB Under 20s. It’s a well deserving honour and I’m sure they’re both going to do a great job for GB.”

Bees play at Romford against the Raiders on Friday night at 7pm and play at home on Sunday at 5pm against the Leeds Knights.