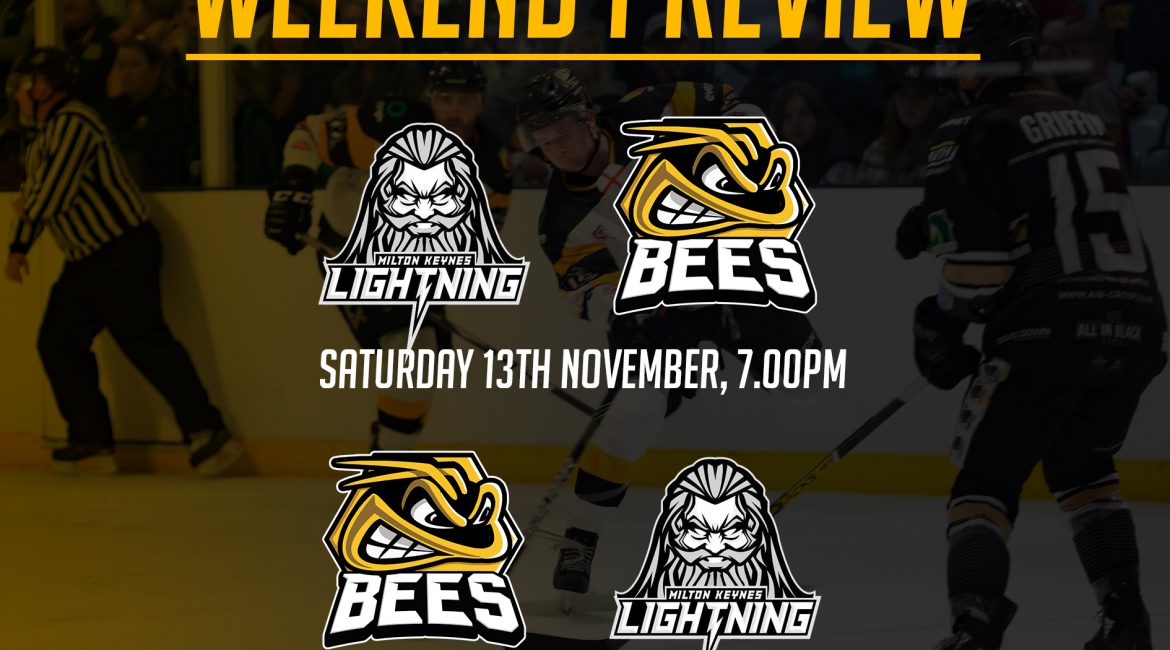 It’s back to action this weekend for the TSI World Bees as they play a home and away weekend against Milton Keynes Lightning looking to bounce back from a tough weekend last weekend.

Last weekend wasn’t successful for the Lightning either as they went down 1-6 to Swindon and 3-1 to Sheffield. The Lightning roster from last weekend was decimated both by positive Covid tests and also players isolating through being identified as close contacts, a policy that still applies to anyone who hasn’t had the first two Covid vaccines.

Junior programmes rallied together to supply players to enable the Lightning to complete their weekend fixtures last weekend and it’s possible some of the Milton Keynes’ players in isolation may also miss this weekend’s fixtures.

Last weekend we got Niklas Örnmarker back in the line up although Harvey Stead continues to be assessed regularly and his return remains a decision for the doctors. We would love to have Harvey back but his health comes first so we will be guided by the doctors and Harvey won’t return until he’s ready and it’s safe for him to do so.

We were fortunate enough to get Joe Baird signed as injury cover for Harvey and Joe proved his worth last Saturday with 1+1 against the Bison. Joe may be the oldest player in our lineup but he plays a smart game and is still getting the job done.

One of the big focuses of Bees Head Coach Doug Sheppard was to work on improving our work rate and that will be the focus of training this weekend. There are no easy weekends in this season’s line up but the belief remains that if we play our own game with a 100% work rate we’ll be a match for any team in this league.

Doug Sheppard explained; “I’m expecting to see two teams desperate to get back on track following last weekend for both us and Milton Keynes. In all fairness, I don’t think either team’s supporters would be happy with less than 4 points this weekend.

“We learned a tough lesson last weekend, we need to stop talking and we need to start performing for all 60 minutes and play a style of hockey that’s successful. It’s time to cut out the individual plays and come together and play as a team if we want to be successful this season.”

Bees play in Milton Keynes this Saturday at 7pm before the return fixture at home in Slough on Sunday at 5pm.