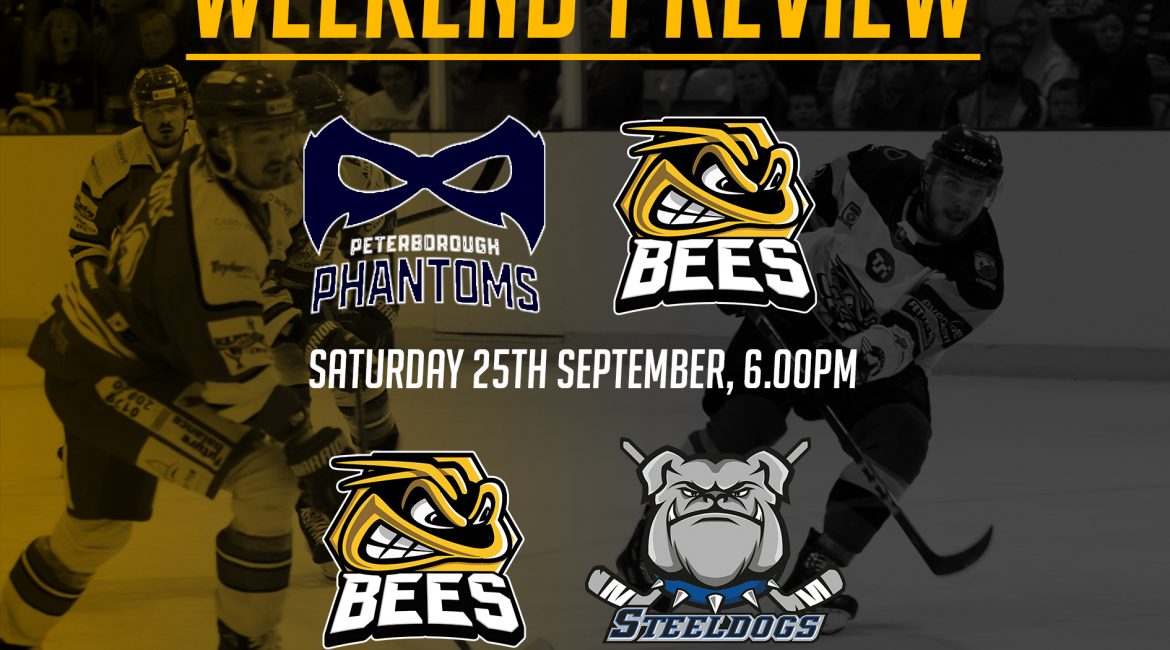 The TSI World Bees IHC are back to action this weekend when they face the Peterborough Phantoms and the Sheffield Steeldogs.

Saturday starts the weekend with a road trip to Peterborough where Slava Koulikov and the Phantoms await. This season’s Phantoms team looks very different to the historical teams that have been put out under Slava. Phantoms now line up without club stalwarts, the Ferrara brothers, which has given Will Weldon the opportunity to take on the captaincy. It’s a team of varying experience with 16 year old Billy Thorpe playing his first season while 41 year old Ales Padelek returns to the club.

On Sunday the Sheffield Steeldogs make the journey to Slough. The Steeldogs line up for 21/22 retains a lot of familiarity with the exception of Tom Ralph and Sam Towner joining.

The first weekend of competition didn’t go well for the Bees with Head Coach Doug Sheppard disappointed with Saturday’s performance. Not only did the Bees lose to Leeds Knights but also Dominic Gabaj and Josh Martin picked up injuries that would see them miss Sunday’s home game against the Wildcats.

After a promising pre-season this weekend is all about bouncing back and gaining the first points of the season. The Bees remain hopeful that the injured players will come through the week well and be able to return to the line up for this weekend’s fixtures.

Head Coach Doug Sheppard shared his thoughts; “On Saturday we played poorly. Leeds played well and exposed our sloppy play. I’m pleased to say that on Sunday on home ice the guys showed how they wanted to put that poor away performance behind them.