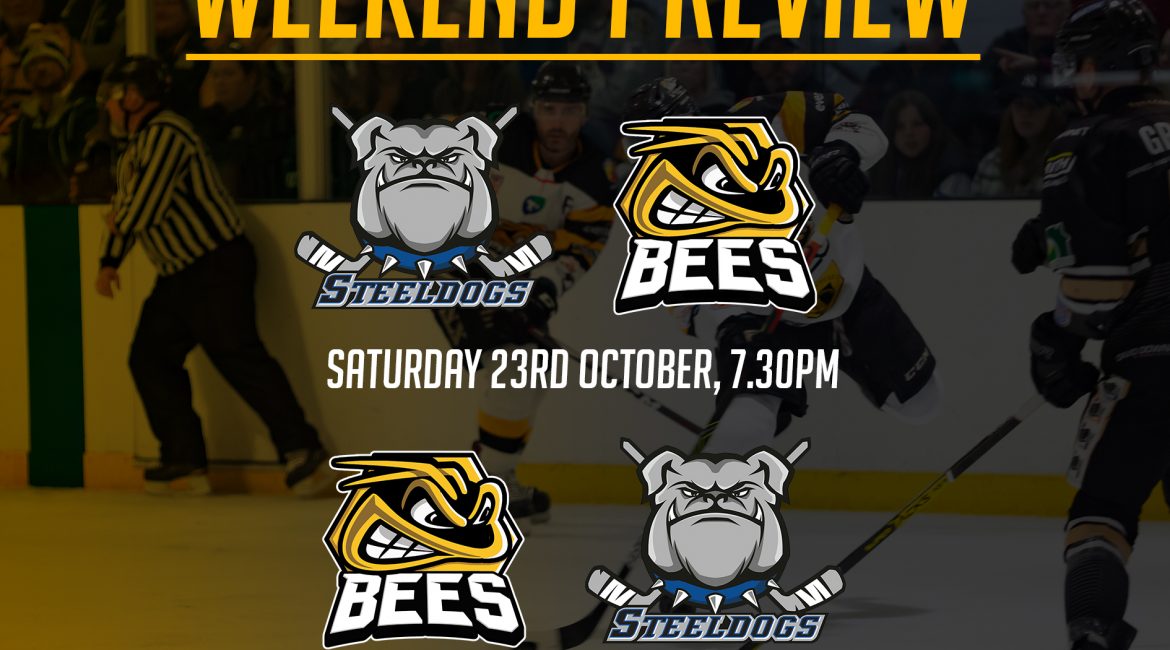 The TSI World Bees came out of the opening league weekend bruised following a road defeat at Leeds and a heart-breaking home-ice defeat to Milton Keynes Lightning when a brave fight back saw no reward.

It’s not been since the first weekend of pre-season that Head Coach Doug Sheppard has been able to ice his full line up and that continued last weekend too for the two important games. However, while the Bees roster is missing players through injury this does give the opportunity of development to Christian Mohr, Lewis English and Jacob White-Sey from the Slough Jets who took their places in the roster last weekend.

This weekend the Bees will be facing Sheffield Steeldogs on both nights, first in Yorkshire on Saturday before the Sunday home game at Slough Ice Arena.

The Steeldogs are a team that are well gelled. They are also one of the teams that benefitted from Hull Pirates sitting out the 21/22 season picking up Matt Bissonette, Sam Towner and the 19/20 NIHL National leading scorer Jason Hewitt. We will be the second and third of their three game run starting Friday night.

In some positive news Bees will welcome Harvey Stead back to the line up this weekend but the remaining injured players continue being monitored and will return in due course.

Head Coach Doug Sheppard has had a week of reflection but positivity in training. He explained; “We got reminded of some vital lessons last weekend. We need to turn up and get started from the opening face-off and we need to start games the same way we’re finishing them. I thought we competed well in the third period in both games last weekend but in this league we can’t afford to not be competing for all three periods.

“We don’t have most talented team on paper and we know that, therefore, we need to turn up and work hard every game. I’m confident if we do that for 60 minutes then we’ll be successful but I know if we don’t do that we’ve already seen what can happen.”

Bees make the road trip to Sheffield for a 7.30pm face-off on Saturday with the Steeldogs visiting Slough on Sunday for a 5.00pm face-off.