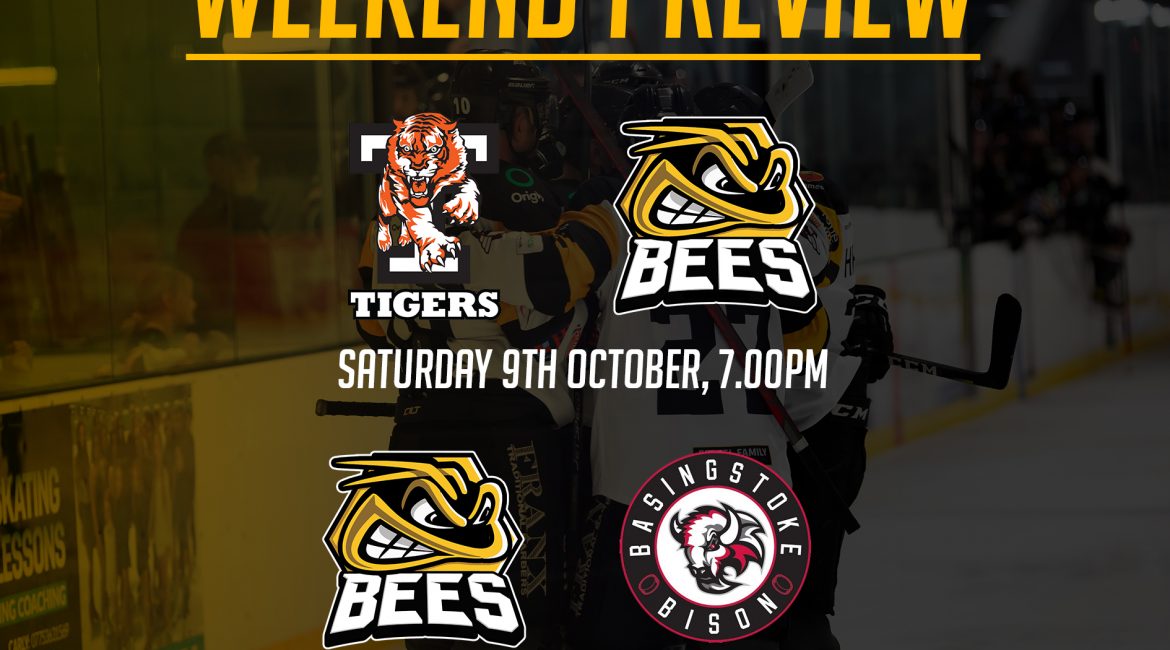 The TSI World Bees head into a fresh weekend against Telford and Basingstoke coming off the back of an impressive 3-1 victory over the Milton Keynes Lightning last weekend.

Doug Sheppard’s team were missing Niklas Örmarker, Will Stead and Josh Martin last weekend but went on to complete an impressive performance on home ice with netminder Curtis Warburton unlucky not to register his first shut-out in Bees colours.

This weekend starts on the road in Telford. The Tigers sit in fourth in the Autumn Cup, but in reality only two points ahead of the Bees. They’re off to a .500 start in the 2021/22 campaign. Head Coach Tom Watkins has retained a large part of his successful 19/20 squad but added some crucial players for the new campaign.

On Sunday it’s derby day when the Basingstoke Bison come to down. Without doubt it’s the biggest rivalry for both teams and there’ll be added spice this time around with former Bees players Aidan Doughty and Brendan Baird in the Bison line up countered by former Bison Josh Kelly and Bayley Harewood now wearing the black, white and gold of the Bees.

Last weekend Head Coach Doug Sheppard was impressed with how the players took on board the loss on Saturday night and how each player stepped up their game the next night. Veteran James Galazzi lead the way with 2 goals on Sunday night while youngster Curtis Warburton kept all but one shot out of his net.

Injured players continue to be monitored but with a long season ahead nobody will be rushed back despite the importance of this weekend with a double win, four point weekend possibly moving the Bees into the top 3 of the competition. Josh Martin will be missing this weekend as he continues recovery and Harvey Stead joins the list of injured players and will be missing this and next weekend’s games however Will Stead is hopeful of a return to action this weekend.

Both this weekend’s games will be tough tests and Head Coach Doug Sheppard shared his thoughts on what’s ahead; “If the only game of hockey you saw this weekend was at home on Sunday against Milton Keynes, you’ll have come away impressed by the teamwork and determination shown by the guys. Even when we took penalties, and on one occasion had three skaters on the ice against five, I never felt we lost control of the game.

“This weekend we travel up to Telford on Saturday and then host local rivals, Basingstoke Bison, on Sunday. We’re all looking for consistency as we get back on the ice. Come along on Sunday if you want to be reminded what a great sport ice hockey is.”

Saturday’s game in Telford is a 7pm face-off with the Bees facing off at 5pm on home ice on Sunday against the Basingstoke Bison.