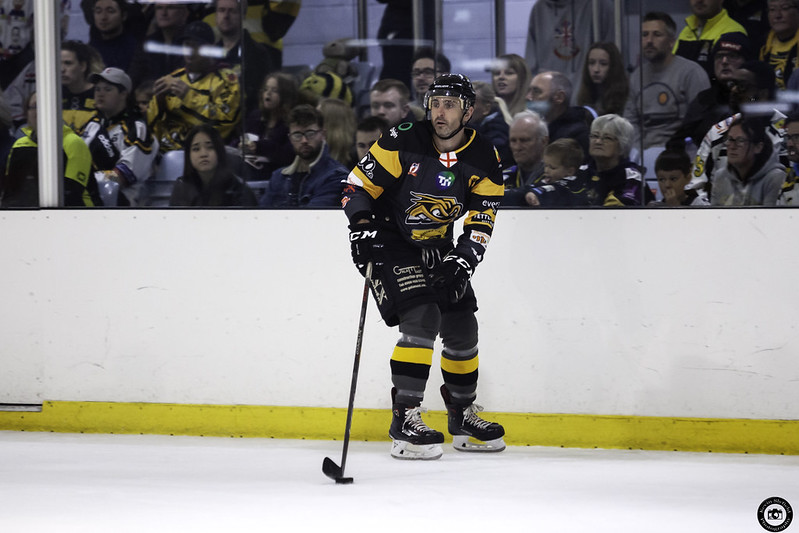 The TSI World Bees Ice Hockey Club is back in action this weekend in the second and final weekend of pre-season. Following the win last weekend over Raiders IHC securing the Everyone Active Cup in the process this weekend’s opponents are the Swindon Wildcats and the good news is tickets are once again on special offer at just £10 per adult.

The Aaron Nell coached Wildcats play host on Saturday night before action returns to Slough on Sunday at 5.00pm.

Last weekend’s home game against the Raiders had virtually everything. The Bees blend of youth and experience combined well from the opening puck drop and grew in confidence as the weekend went on.

Young Mikey Power scored the Bees first goal of the season and Niklas Örnmarker set about building his reputation in the league with a hat-trick in his first game.

An end to end game on Saturday was ended level when Josh Kelly scored to start the next night’s action with no advantage to either team.

Where Adam Goss had guarded the net on Saturday, Bees new two way signing Curtis Warburton got his first start in black, white and gold on Sunday night.

Following from Niklas Örnmarker’s domination of the game the previous evening, Sunday’s scoring was spread out among the remaining members of the team on Sunday night. Again Mikey Power scored the opening game and contributions from Harvey Stead, Josh Smith, Garry Simpson and Will Stead completed the scoring for the weekend and allowed the Bees to lift the first trophy on offer during the new season.

Swindon Wildcats head into this challenge series on the back of their opening weekend registering wins both at home and on the road against the Leeds Knights.

Head Coach Doug Sheppard looked back over the opening weekend; “What a difference it makes having fans back in the building, the atmosphere adds so much intensity to the game.”

Turning his thoughts to the weekend again he added; “It’ll be great having Dom back in the lineup as we look to build on a positive first weekend. We’ll be without Bayley Harewood for the games this weekend but for a great reason and he will be playing up with the Cardiff Devils in the Elite League as we continue to support his on-ice development.”

Saturday night in Swindon is a 6.30pm face-off with Sunday’s home game being a 5pm face-off at Slough Ice Arena. Tickets are available to purchase via http://dev.beesicehockey.com/