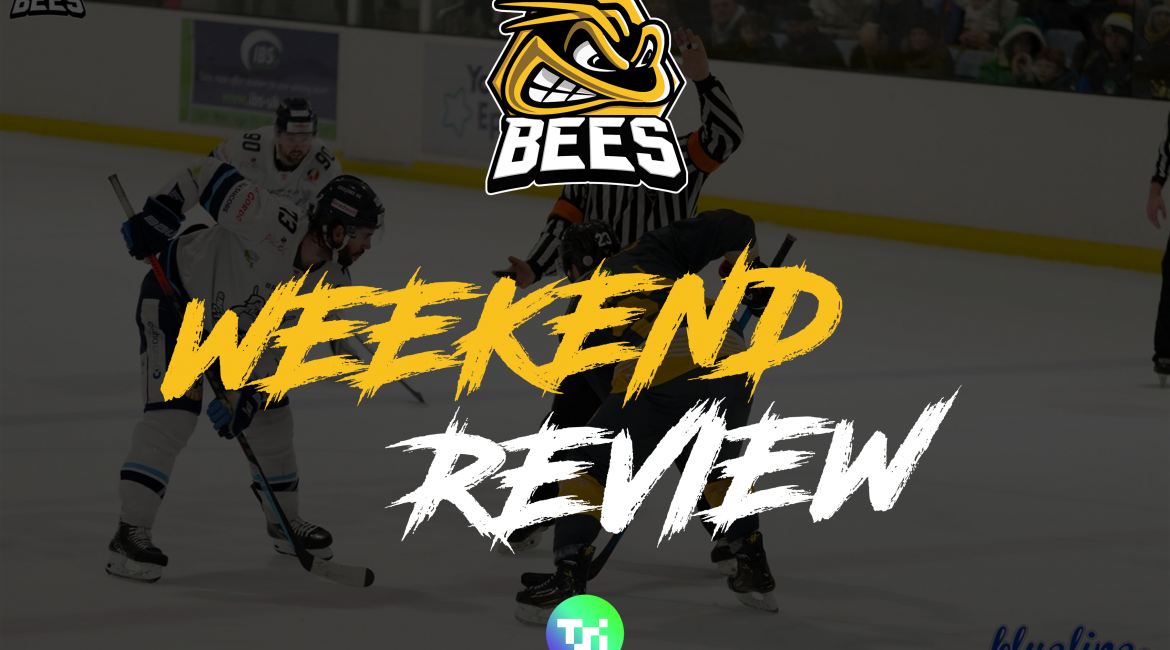 Bees tame the cats but get struck by Lightning

On Friday evening the Bees took on the Swindon Wildcats at the Slough Ice Arena. The Wildcats had the additions of Alfie Druett and Jamie Smith while the Bees welcomed Jack Hoppes back into the lineup for Friday. Both teams had strong starts to the game with Bees instantly applying pressure onto Dean Skinns and only 03:48 into the first period Brendan Walkom got the puck to the back of the Swindon net with an assist going to Dan Rose to put the Bees ahead. After some great saves by both netminders, a good rush up the ice by Alan Lack and Dominik Gabaj gives the Bees another chance for Bees to further extend their lead and at 13:11 Dominik Gabaj gave the Bees their 2nd goal of the first period with assists going to Harvey Stead and Will Stead. Juha Lindgren also added to the Bees score at 14:46 with assists being awarded to Dominik Gabaj and Alan Lack. At the end of the first period both teams came away with no penalties. Going into the second period the Wildcats came out with an opening face-off win and yet again came out and put pressure onto Matt Smital but couldn’t get past Smital after some incredible saves. A close chance for Brendan Walkom sees Dean Skinns come out of the net and Brendan get possession of the puck however a Wildcat got there just in time to stop Brendan furthering the Bees lead. A great play by Harvey Stead sees him distance himself to get a one on one chance with Skinns and gets the puck to the back of the net at 31:03 with an assist going to Dan Rose. Dan Rose sees himself get a chance but is unlucky as the puck brushes past the post. At the end of the second the Bees received 4 minutes worth of penalties whereas Swindon only received 2 minutes. The Wildcats yet again won the opening period face-off going into the third period and Swindon straight away travelled to the Bees defensive zone to try stop the Bees getting a shutout. At 53:33, Colby Tower during a powerplay chance gets past Matt Smital to get the Wildcats on the scoreboard for the first time on the night with an unassisted goal but then at 54:18 Colby Tower strikes again to get the Wildcats second goal with an assist going to Edgars Bebris. Then with roughly 3 minutes left of the game, Swindon decided to call a timeout and made the decision to pull Dean Skinns and had the additional skater. With 02:53 left of the game, Russell Cowley got the Wildcats’ third goal of the night with assists being awarded to Tomasz Malasinski and Aaron Nell with a power play goal. A final push from the Bees though sees Brendan Walkom secure the 2 points for the Bees with an empty net goal with 13 seconds left of the game and an assist being awarded to Stuart Mogg. The final score was Bees 5-3 Wildcats.

On Saturday, the Bees travelled to Milton Keynes to take on the Lightning. Adam Goss started in goal for the Bees and the Bees came out with a strong start to the first period as well as the MK Lightning. Some early chances go in favour of both teams but at 10:40 Deivids Sarkasnis gives MK the lead with assists being awarded to Ross Green and MilIque Martelly. Bees Brendan Walkom was fast to react to the MK lead with an equaliser goal timed at 11:53 with assists awarded to Dominik Gabaj and Alan Lack. MK regained the lead with a goal scored by Tom Carlon with assists awarded to Deivids Sarkasnis and Liam Stewart at 13:36 then at 17:51 Hallden Barnes Garner gave the Lightning a 2 goal lead with assists being awarded  Leigh Jamieson before Josh Smith took the puck to the MK Lightnings defensive zone and got to the back of the Lightning goal at 19:23 with assists going to Luke Jackson and JJ Pitchley. During the first period the Bees and Lightning both received only 2 penalty minutes. The Lightning had a good start to the second period as Tom Carlon only 34 seconds into the second period extended the Lightning lead at 20:34 with an assist awarded to Deivids Sarkasnis. Some great plays by Harry Harcup went in favour of the Bees and Will Stead got goal 3 for the Bees at 24:07 with assists going to Dominik Gabaj and Juha Lindgren. It took around 4 minutes for Lightnings Sean Norris to react to Will Stead’s success before goal number 5 went into the Bees net timed at 28:37 with assists that went to Sam Talbot and Leigh Jamieson. Alan Lack gets a chance to put the Bees back into the game and that he done by getting the Bees goal 4 of the night timed at 34:07 with an assist going to Luke Jackson, but at 35:17 Zaine McKenzie adds to the Lightnings number of goals with Deivids Sarkasnis being awarded with an assist on the goal. Less than a minute later Ross Green got his own goal of the night, after assisting on the first Lightning goal, timed at 36:08. After the Lightning got their goal 7 of the night Matt Smital swapped with Adam Goss and made his way to the Bees goal but at 38:59 Sam Talbot got his own goal ,after getting an assist on the night, with assists being awarded to Sean Norris and Tim Wallace. In the second period neither team received any penalties. Going into the third period both teams started to slow down but Bees kept pushing to try get back into the game and close the gap on the scoreboard. Some great plays by Dan Rose and Brendan Walkom gave the Bees some chances but were not enough to get past Dan Crowe. In goal for the Bees Matt Smital made some crucial saves in order to help the Bees get back into the game but this was not enough and the game ended Lightning 8-4 Bees. During the third period the Bees faced 14 penalty minutes and MK faced none.