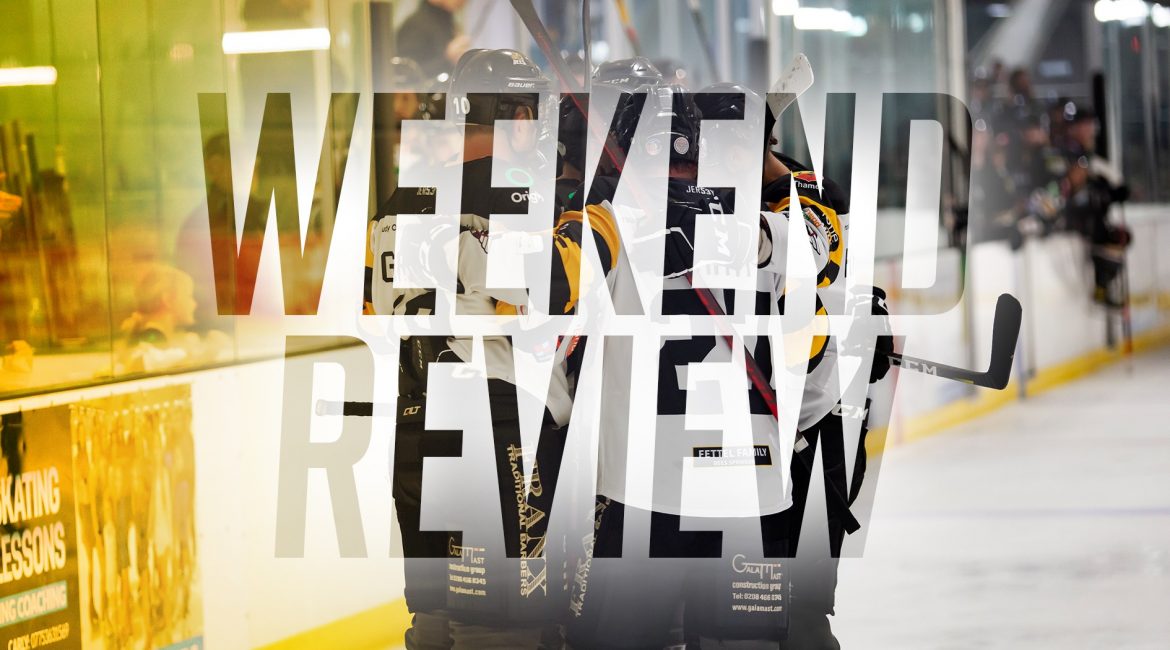 On Sunday the TSI World Bees took on the Basingstoke Bison at Slough Ice Arena in a one game weekend. The Bees came into this match with the additions of Sebastian Mohr and Harry Harcup.

Bison came away with the opening face-off of the first period and straight away looked to attack the Bees defensive zone. For the first few minutes of the first period it was extremely back and forth between the Bison and the Bees until Stuart Mogg received a Cross-Checking penalty timed at 6:15that gave the Bison a powerplay chance but then at 07:19 Marcel Balaz also received a penalty for face-off, which then put the both team equal for 56 seconds. 10 seconds after Gael Lubwele helped the Bison take the lead at 07:29 with assists going to George Norcliffe and Brendan Baird. At 09:57, George Norcliffe extended the Bisons lead to 0-2 with assists going to Brendan Baird and Gael Lubwele. Marcel Balaz found himself yet again in the sin bin this time for Slashing timed at 11:51 for 2 minutes, however at 12:34James Galazzi also received a 2 minute penalty but for Cross-Checking with Brendan Baird receiving a Cross-Checking penalty at the same time giving the Bees a 4 on 3 chance. Nothing came from these chances for the Bees but once both teams were back to full strength at 15:22 Marcel Balaz made the score 0-3 in favour of the Bison with assists being awarded to Edgar Landsberg and Aiden Doughty. At the end of the first period the score was Bees 0-3 Bison. Some good chances in this period came from Will Stead as well as Juha Lindgren which when he had the chance to test Jordan Lawday his shot made Jordan Lawdays helmet come off. Words were also exchanged between JJ Pitchley and Marcus Mitchell as well as Brendan Baird and James Galazzi that resulted in penalties.

Bees came out for the second period with an opening period face-off win and like how Bison started went straight towards the Bison’s defensive zone. 14 seconds into the second period Aiden Doughty managed a goal straight off a face-off win with an assist going to Marcel Balaz timed at 20:14. After this goal Matt Smital swapped with Adam Goss after facing 15 shots from the first and second period. Tyton Cathcart and Zack Milton both take a seat in the sin bin after both being called for Roughing Penalties timed at 22:39. Just as the Bison were about to come off the penalty kill Brendan Baird received a 2 minute Cross-Checking penalty timed at 22:19 giving the Bees a 5 on 3 chance for 20 seconds but the Bees weren’t able to take advantage of that time. Edgar Landsberg extended the Bison lead even further at 26:37 with assists going to Marcel Balaz and Aiden Doughty. Scott Spearing received a 2 minute penalty for Roughing at 32:49 and then shortly after Hallam Wilson took a seat in the sin bin due to an Elbowing penalty timed at 33:14. At the end of the second period the score was Bees 0-4 Bison with Adam Goss facing 13 shots and Jordan Lawday facing 10 shots. Some Close calls for the Bees in front of the Bees net but due to some great saves from Adam Goss the Bees were able to relax the situations.

The Bison came out and won the third period opening face-off then at 42:29, Dan Rose received a Tripping penalty putting the Bison on an early powerplay chance in the period. Aiden Doughty took full advantage of the 4 on 5 chance the Bison had and at 43:50 got past Adam Goss with a power play goal with assists going to Jay King and Gael Lubwele. At 44:18 Ollie Hemings-Maher added to the Bisons score with assists being awarded to Alex Sampford and Marcel Balaz. At 45:30, George Norcliffe received a Hooking penalty then at 49:48 Tom Banner received a 2 minute Hooking penalty which led to Will Stead putting the Bees on the scoreboard for the first time on the night at 50:14 with a power play goal and assists going to Harvey Stead and Brendan Walkom. Then at 52:30, Harvey Stead, Tyton Cathcart and James Galazzi all faced 5 minute majors for Fighting and then Bison player Jordan Lawday faced 2+5 for Slashing and Fighting as well as Paul Petts and Tom Banner also facing 5 minute majors for Fighting. This gave Alex Mettam a chance to go in goal for the Bison on the night. At 54:42, Brendan Baird faced a Delay of game penalty but Bees were unable to make anything come from this power play. The final score of the game was Bees 1-7 Bison.

This weekend we’ll be welcome the Hull Seahawks to the Slough Ice Area. Tickets for the game are available below plus it’s also ‘KIDS FOR A QUID‘!