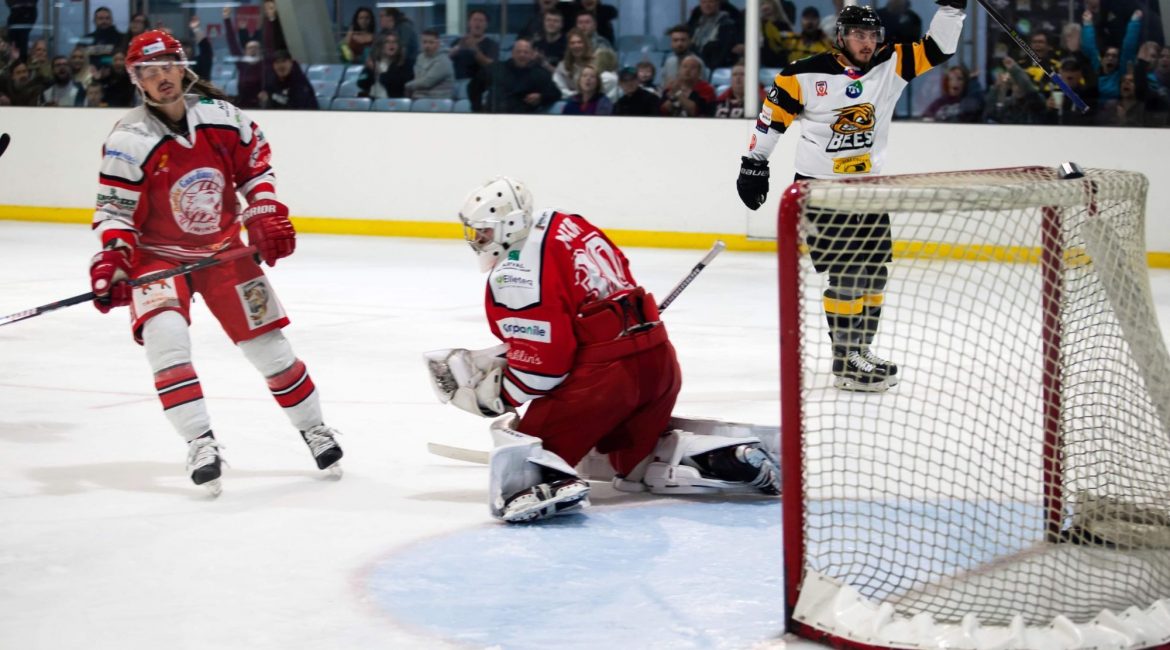 For their second weekend of pre-season 2021/22 The TSI World Bees took on the Swindon Wildcats.

It took 13.40 for the visitors to get the scoring underway but from then on there was a steady procession of goals through the game. James Galazzi was first to find the twine at 13.40 but strikes from Cain Russell and Floyd Taylor send the home team to the first period interval in the lead.

Josh Smith soon had the game level at 23.03 ahead of Garry Simpson netting at 25.02. The Bees couldn’t quite break away yet though as Aaron Nell pulled the game to 3-3 at 25.43. Dominic Gabaj netted at 34.01 ahead of an unassisted strike from Mikey Power at 37.49 giving the visitors a two goal lead at the second interval.

It would be the Wildcats who netted the first of the final period through Balint Pakozdi at 42.56 but Niklas Örnmarker scored at 44.39. Just 10 seconds later the home team kept their hopes alive through Emil Svec but Bees closed out strong with a powerplay goal from Josh Martin at 49.33 followed by Smith’s second, this time a powerplay goal at 54.03 and Will Stead netting at 56.55.

With a comprehensive road win the weekend pre-season series returned to Slough for the second leg.

Balint Pakozdi converted the first shot of the game to give Swindon a lead but it would be the only time they’d lead in the game. Mikey Power netted at 9.21, and again at 13.59 so the first period ended 2-1.

With Bees having swapped goaltenders for the second period Emil Svec levelled the game at 20.29 but Dominic Gabaj netted the game winning goal at 26.46 with an unassisted shot.

Gabaj’s second of the night at 42.54 concluded the scoring and Bees ended pre-season 3 wins from 4.

With pre-season now complete the 2021/22 season starts this Saturday when the Bees travel to Leeds before Sunday’s home game, again against Swindon at 5pm.