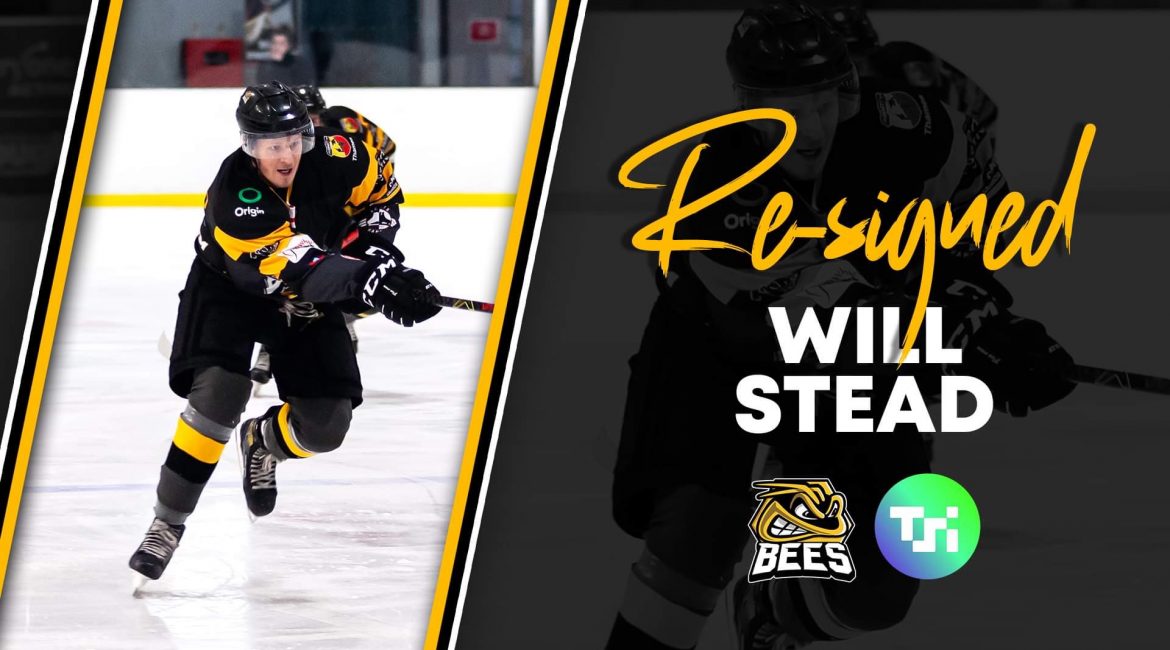 The TSI World Bees Ice Hockey club are thrilled to confirm the return of Will Stead to the line up for the 2022-2023 season, starting this coming September.

Coach Doug Sheppard has been impressed by the young player, in only his second full season in the Back, White and Gold, “Will has certainly came on leaps and bounds over the last season. I have been impress with how he has proved himself as a utility player that can be a top 6 forward and a top 4 d-man. I am looking forward to seeing how much his game improves again next season”

Will mastered his hockey as a part of the Bracknell Junior before becoming a fixture in the Bracknell Hornets. 35 points in 18 games, caught Sheppard’s eye and after guesting with the Bees the same season, Will was signed for 2019-2020 season full time. In a season curtailed by the COVID-19 pandemic he scored 12 points over 44 league appearances. The last season has certainly been a breakthrough season for Will and the impressive performances resulting in his resigning, resulted in 22 points over 40 league appearances.

Stead is looking forward to the new season, “ I am really happy to be back playing for the Bees next season. I’m already excited for September to see myself and the team build on what, I thought, was strong end to the season. Hopefully we can add some more guys to the team over the summer so we can push higher up the table. See you all in September!”

Will’s Jersey will be available to own and loan, when we launch our own and loan scheme during the summer.