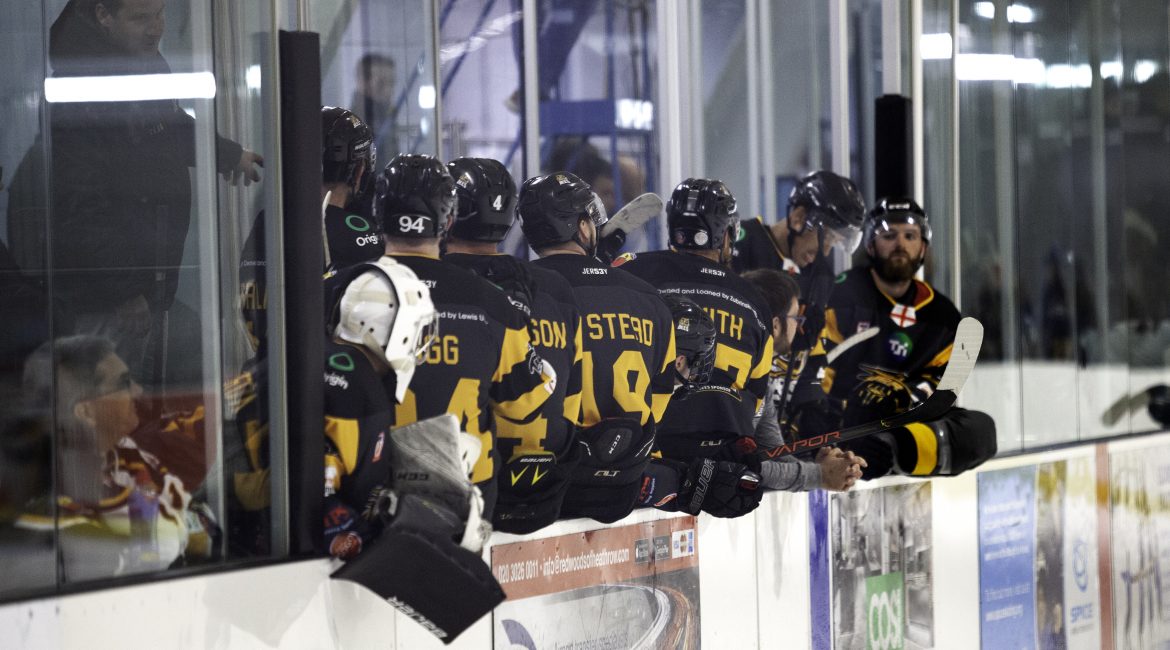 After a tough opening weekend in the Autumn Cup, Bees’ coach Doug Sheppard gave his views on the games, injuries and this weekend’s games.

We lost both games last weekend, but I think we underperformed only on Saturday when we visited Leeds.

Whatever the reason, we played poorly. Leeds played well and exposed our sloppy play. On the long journey home, the players had time to reflect on what had gone wrong.

I’m pleased to say that on Sunday on home ice the guys showed how they wanted to put that poor away performance behind them. They eliminated the kind of errors they’d made in the Leeds game.

I’ll be keeping an eye on Josh Martin and Dominik Gabaj in training this week, hoping they will have recovered sufficiently to ice this weekend.

See you all on Sunday

You can see the team this Sunday when they face the Sheffield Steeldogs in the Autumn Cup.