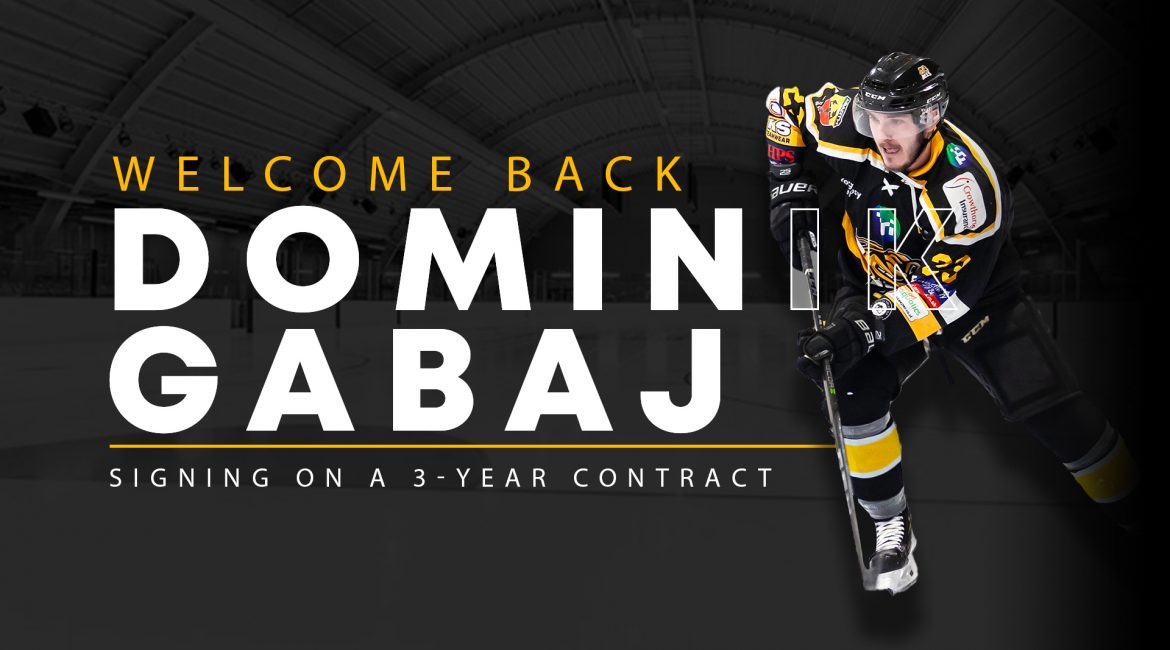 The 2021/22 TSI World Bees squad takes a further step towards completion as Doug Sheppard announces a key figure for the upcoming campaign. Fans favourite Dominik Gabaj will be returning to the Bees for the next three seasons as a player and assistant coach.

The 28 year old Slovakian first joined the Bees partway into the 19/20 season and set out his stall in his debut season finding the back of the net 32 times with a further 27 helpers in just 32 games.

In 2012/13 Dominik travelled to the USA where he started carving out a reputation as a prolific scorer, representing Idaho Jr. Steelhaeds he scored 41+61 from just 45 games. The following season with Monroe Community College he added another 88 points to his personal tally from 25 games.

From 2014/15 he played three seasons with Nazareth College and in 127 games he scored 72 points for just 24 penalty minutes.

Before coming to the Bees in 2019/20 he scored 1+3 with Brest in France 2 and was due to return to the Bees in 20/21 before the Coronavirus pandemic saw a second batch of restrictions. Dominik kept himself in game shape during his break from Bees colours playing in France 3 and France 2.

On his latest signing Doug Sheppard commented; “We are thrilled to have Dom back with the Bees. He had an immediate impact on the team when he arrived before the pandemic. Dom is the type of player and person you want to build your team around and it was an easy decision for the Bees organisation to appoint Dom Player/Assistant Coach for the next three years.”