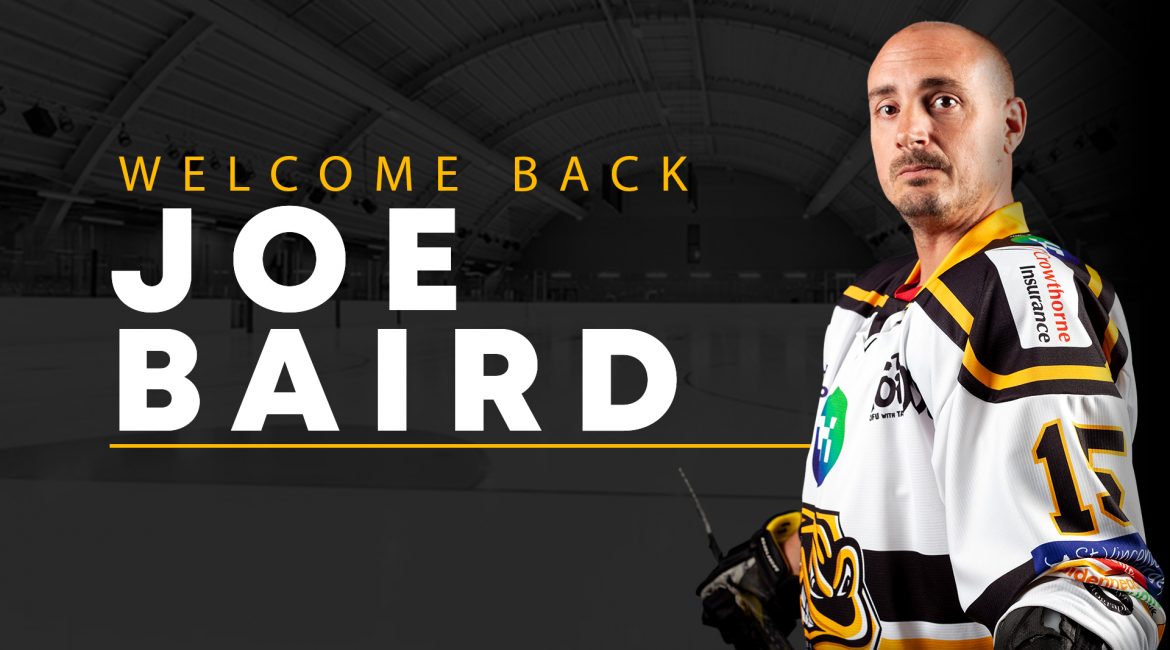 Head Coach of the TSI World Bees, Doug Sheppard, has moved to strengthen the lineup in the absence of Harvey Stead by bringing in experienced defenceman Joe Baird.

Joe is no stranger to the Bees having played two spells with the club and has in two of his seasons in the black, white and gold, worn the “C” on his jersey.

With Harvey Stead missing for an indefinite period of time it was vital that the Bees strengthened their defensive core and being able to call on a defenceman as incredibly experienced as Joe has been a real positive for the club.

Joe last played for the Bees in the 2019/20 season as an alternate captain and with the 2020/21 season decimated by Coronavirus Joe decided to sit out but when Doug Sheppard made the call Joe was more than happy to lace the skates up again and return to competitive play.

In an illustrious career, Joe has played at all levels in the UK and gained experience with Basingstoke Bison, Isle of Wight Raiders and Swindon Wildcats as well as the Bees. Early in his career he also played for Great Britain at both Under 18 and Under 20 age groups.

Joe elected to follow Doug Sheppard to the Bees for the 2018/19 season playing two years at the Hive and will now lace up again for the Bees in their new home at Slough Ice Arena.

Head Coach Doug Sheppard was pleased with the addition, saying; “We’re very fortunate to have someone of Joe’s caliber and experience join us at this point of the season. Myself and many of the players are familiar with Joe and we already know he’ll be great in the locker room. What I really like about Joe is his compete and battle level, something we’re looking to be more consistent with as a team.”