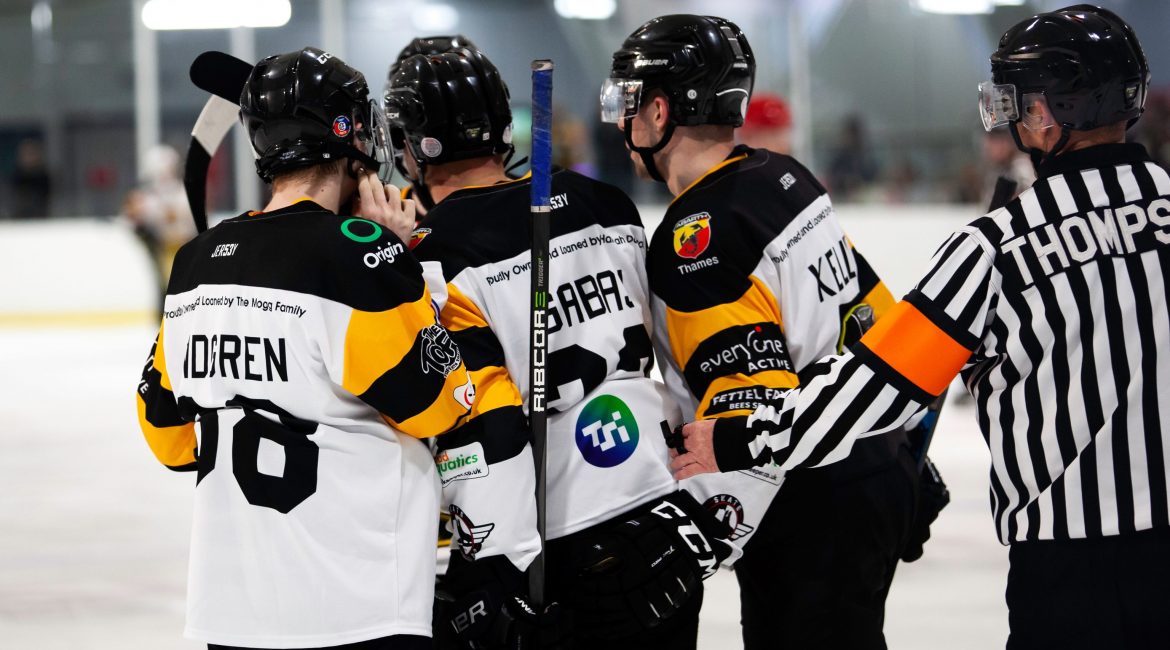 After missing the Everyone Active Cup weekend against the Raiders, Dominik Gabaj returned to the ice for our double header challenge series against the Swindon Wildcats. Gabaj’s return saw him notch 3 goals and 2 assists in the double-win weekend and afterwards he gave us his thoughts on the games, his new role and the weekend ahead.

It’s been a great week for me to come back after 18 months away from the Bees and to start skating with the team. I am l glad that I can have a role of the playing assistant coach and start getting some experience on this side of the game as well.

This past weekend we had a slow start in both games but we were getting better towards the end of each game and we were able to close out both games with the win, which is something we were struggling with during the last full season. The next weekend is the start of the cup competition and we would like to continue in the trend that we set during the last two weekends during the pre season.

On Saturday away we will play in Leeds where we’ll play a good team that won their both games last weekend so it will be a good battle. And on Sunday we play again against Swindon which will look a bit different than last weekend as some of their top guys were not icing last weekend but we would like to continue in the way we played and hopefully it will be a great start for us in the cup competition.

You can catch all the action this Sunday. For full details, visit our event page here.