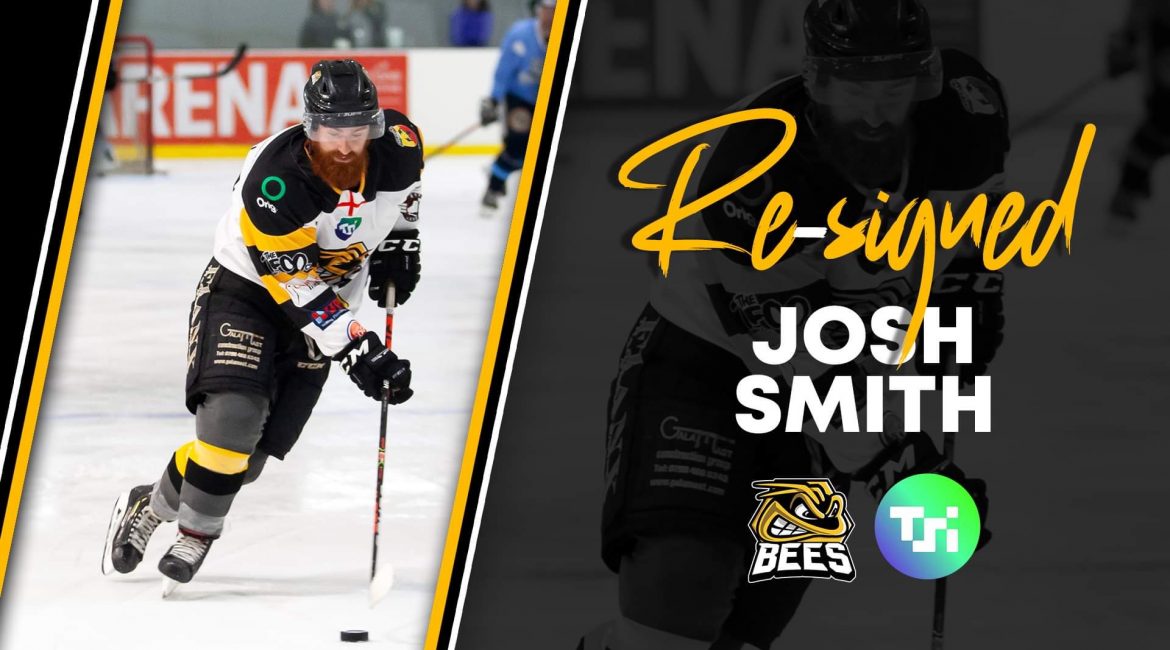 The TSI World Bees Ice Hockey Club are happy to confirm that forward Josh Smith will be returning in the Black, White and Gold for the 2022/2023 season starting in September.

Josh is a product of the Bracknell junior system and impressed Doug Sheppard to secure a place in the final Bison squad under his leadership for the 2017-2018 season. When Sheppard moved to the Hive, Smith saw his chance to come back to his home rink and has continued to develop making him a natural fit for this year’s roster. Sheppard commented on why Smith was a key player to sign again, “I really like Smithy’s leadership qualities and compete level. He also has a good nose for the net and will help the power play. I’m hoping Josh has a good off-season, when he’s on top of his game he’s capable of scoring 20 to 25 goals at this level.”

Smith is keen to get going again come September. I’m really excited to be back for another year in the Black, White and Gold. I feel like Shep is putting together a really good team and I know that every one of us is going to work hard and make next year a successful one. I’m looking forward to seeing all the fans back for the second season in our new home and hopefully, they can be loud and proud for us again, just as they were last year!”