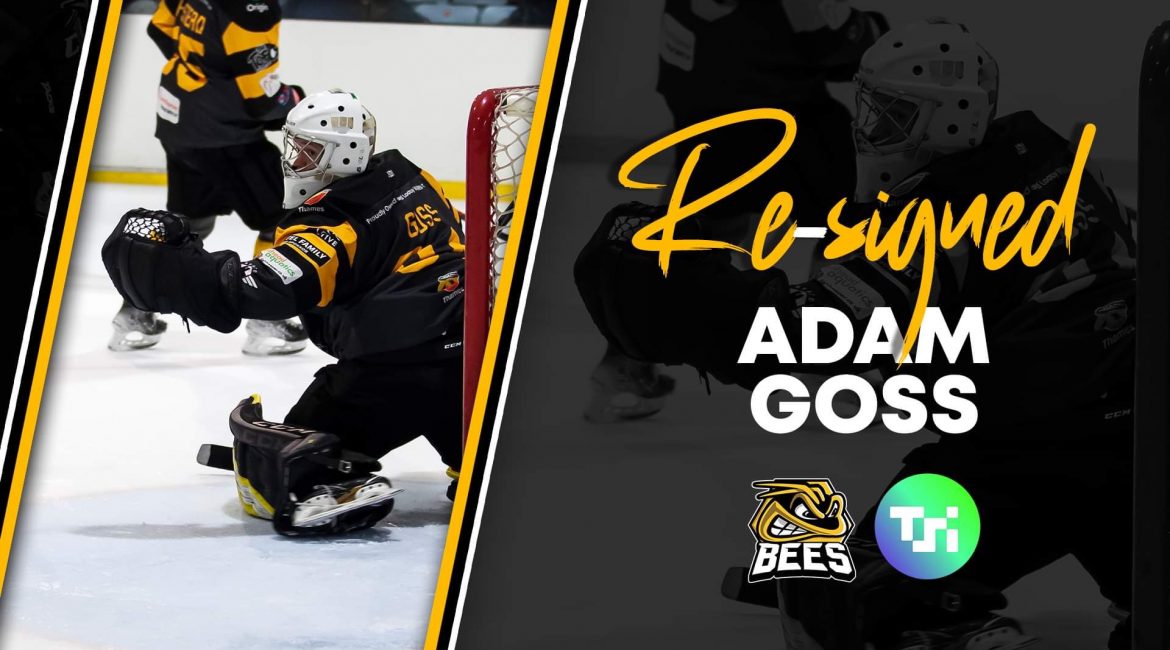 With under 8 weeks to go until we face off on our first preseason game of the 2022-2023 season we can confirm that Adam Goss is returning to the TSI World Bees Ice Hockey Club.

With Goss and Dan Weller-Evans forming our netminder duo for the new season, Coach Doug Sheppard commented, “Gossy is a great fit in the room, DWE and Goss worked really well as a tandem the last half of the season. When Gossy is on his game, he’s as good as any goalie in the league.”

Adam first signed to the Bees Summer of 2019 and soon established himself as a starting goaltender in senior hockey. His first season between the pipes in Black, White and Gold was interrupted by injury but he returned to find his best form of the season in the run-in before the Coronavirus pandemic brought the season to an early close.

After icing for the team in the Spring Cup, Goss returned for the team’s first season in Slough, playing 32 league games with a .894 save percentage.

Goss is looking forward to the new season, “I’m excited to start another season with the Bees come September! I felt that we were inconsistent at times last season and lacked the bodies to push further. If we can play like we did for the last couple of months for the whole season we will turn a few heads this year and be in the running for some silverware. Doug has put together a great team with a real chance of being a contender. I can’t wait to be a part of it and help the boys get over the finish line.”