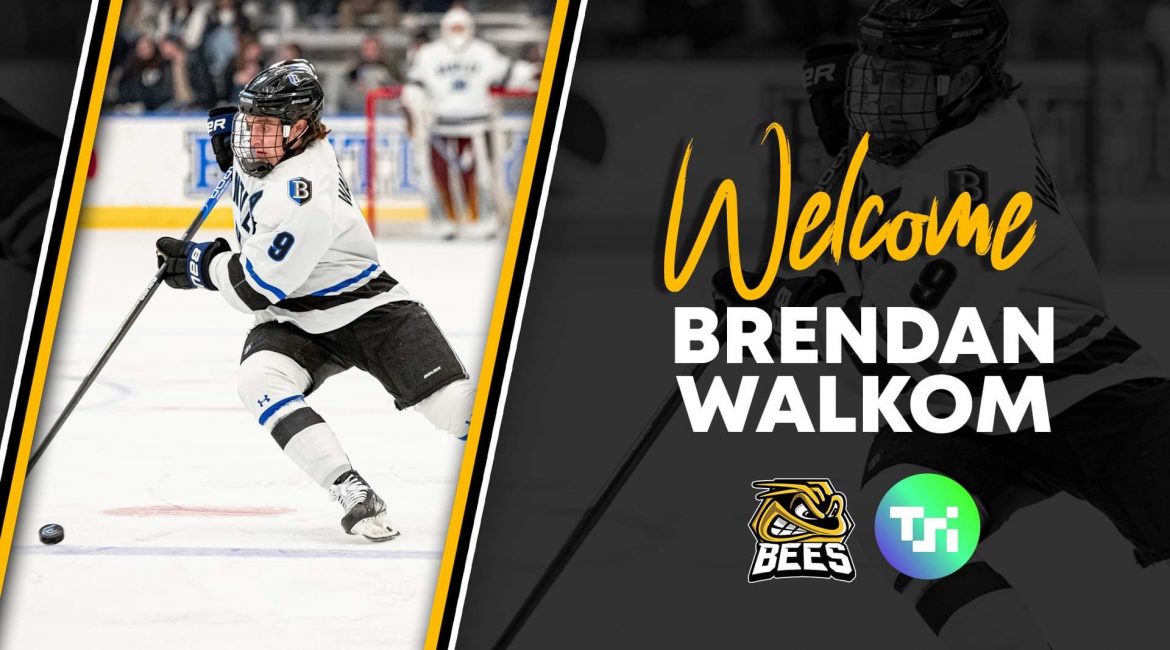 The TSI World Bees are very pleased to announce the signing of our newest import player. Brendan Walkom will be icing in the Black, White and Gold for the upcoming season. Brendan is joining from Bentley University NCAA Division 1. The North American dual citizen will be the first player to come from the NCAA directly to the NIHL. Coach Sheppard is happy to have his newest signing onboard, “Brendan is a huge signing for our club, he’s been playing a high standard of hockey for the past five years. Brendan is a team first guy that will play hard at both ends of the ice. He’s a versatile player that can play up the middle or on the wing. With the new import rule, this will give us the opportunity to play a number of different line combinations throughout the season.”

Before his time at Bentley, Brendon played two seasons of junior hockey. He iced for the 2016-17 season for the Amarillo Bulls in the NAHL. He was 3rd leading scorer with 20 goals and 14 assists. The 2017-18 season was spent with the Madison Capitols in the USHL, the top junior hockey league sanctioned by USA Hockey and continually recognised as a producer of major talent who go on to play in the NHL (In fact, Brendon himself had the opportunity of playing against number one draft pick Jack Hughes during his season in the league). He was invited to the USA Development Camp as a U18 and U17 and was listed on the NHL’s Central Scouting List after his senior year at school.

Brendan is looking forward to getting his professional career started and commented “I couldn’t be more excited to start things up over in England. I’m grateful for the opportunity that Coach Sheppard and the Bees IHC have given me. Come September, I will be ready to help the club compete for a championship run. I’m looking forward to meeting the team and all the fans in Slough. Let’s go Bees!”

Education was just as important, so his time at Bentley University allowed him to develop as a hockey player as well as studying Law and Economics. Brendan had an excellent Junior year at Bentley seeing him return for his final year wearing the “A” reflecting his leadership qualities.