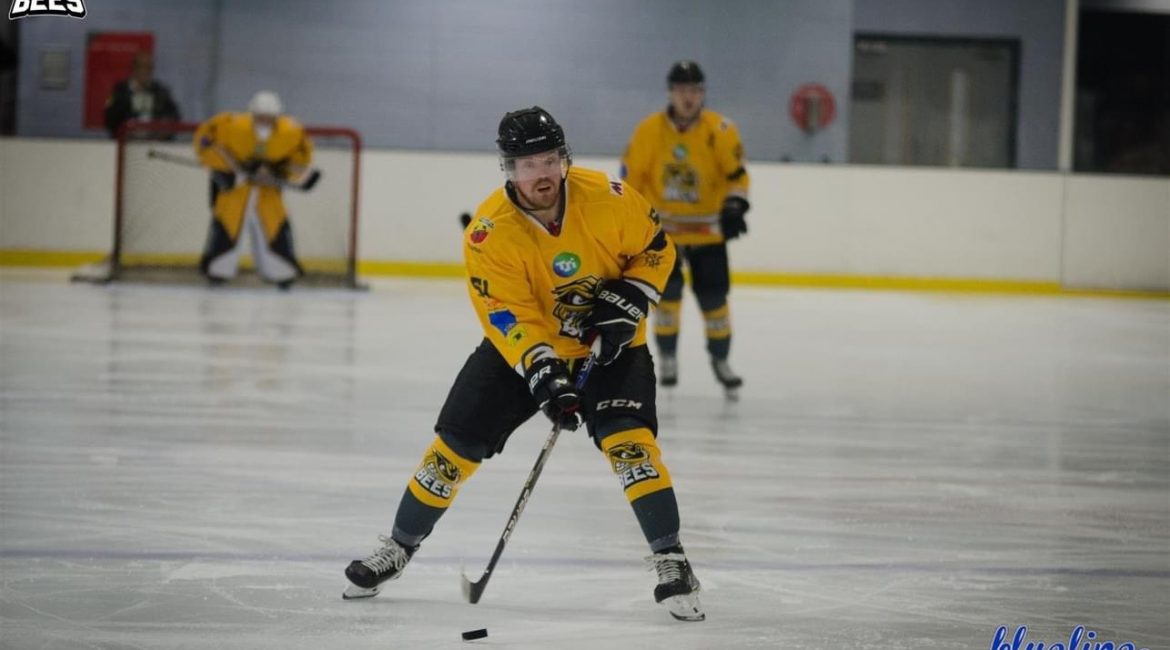 The TSI World Bees go into the second weekend of their Planet Ice NIHL National League campaign by taking on MK Lightning away at Planet Ice Milton Keynes on Saturday. The Swindon Wildcats make their first appearance of the season at the Slough Ice Arena on Sunday.

Over the summer the MK Lighting made some adjustments to the roster with new players coming in. EIHL netminder Jordan Hedley and, returning to MK from the Bees, Zaine Mckenzie. Zaine iced for the Bees for the second half of the 2021/22 season gathering 13 points and 45 penalty minutes in 20 games. The ones to watch for this fixture are Liam Stewart and Bobby Chamberlain.

Liam Stewart is no stranger to Bees fans. He made his presence known to the Bees have securing hat tricks against the last season in a couple of the two teams’ meetings.

Bobby Chamberlain played 7 games for the Bees in the NIHL Spring Cup and once he went back to MK made an impact on the ice for the team. Last season he scored 36 goals and Liam Stewart scored 32 goals. Players such as Brandon Stones and Russ Cowley, who was one of MK’s top point scorers, decided to part ways with the club. Cowley has since signed for the Swindon Wildcats.

The last five meetings between the clubs have seen 4 games won by the Lightning. The Bees coming out with the 1 overtime win in playoffs.

The Swindon Wildcats have been key contenders in the league for many years now. They always make a tense game for the fans, especially against the Bees. Home or away, our games with the Wildcats never disappoint.

The past five meetings between these two sides have seen Swindon winning 3 games and 1 overtime win whilst the Bees have won 1 game and had 1 overtime loss. Player Coach Aaron Nell is always a key player and one to watch for the Wildcats as he managed 85 points last season and Tomaz Malasinski managed 53 points. However, Emil Svec, their second top point scorer decided to part ways with the Wildcats and take the trip to play with the Hull Seahawks but while he was at Swindon he gathered a total of 61 points in red and white.

To come to see the Bees take on the Swindon Wildcats check the website for tickets and if you sadly cannot be there with us do not forget about Match Night Live our stream where you can also interact and have your say about the game.